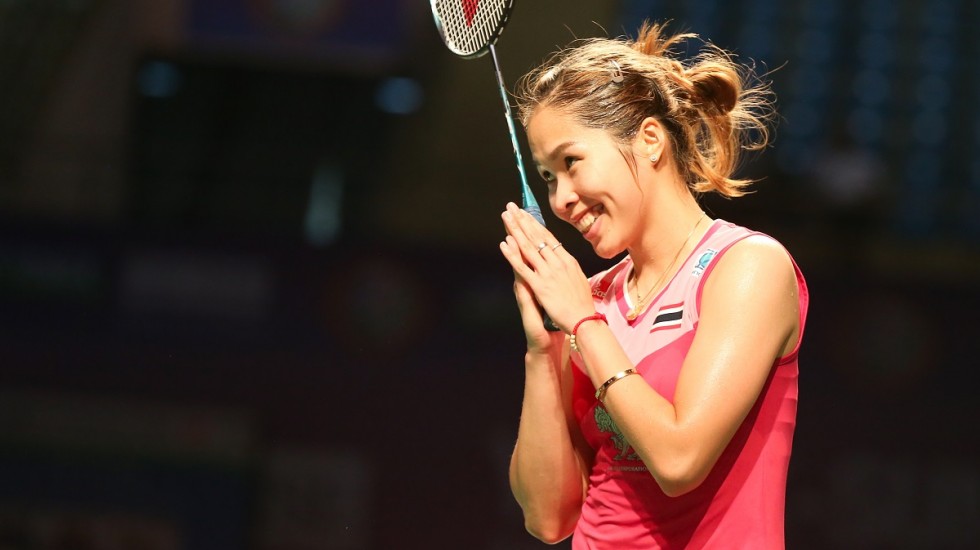 The hard work has paid off for Intanon in the early part of 2019.

Jonatan Christie’s second title of the year has helped him climb up to second spot on the HSBC Race to Guangzhou Rankings, which will determine the qualifiers to the HSBC BWF World Tour Finals.

The top eight qualifiers at the end of the season will be invited to the finale in Guangzhou in December.

Christie, who beat Indonesian compatriot Anthony Sinisuka Ginting in the CROWN GROUP Australian Open 2019 final, trails top-ranked Viktor Axelsen by 7,400 points midway through the season. Axelsen has had a good year so far, having won the Spain Masters and the India Open as well as finishing runner-up at the All England, and being a semifinalist at three other events.

World champion Kento Momota, winner of the German Open, All England and Singapore Open, is in third place, ahead of Lin Dan, who picked up 11,000 points by winning the Malaysia Open.

Ginting – runner-up in Singapore and Australia – is at No.5, followed by Kidambi Srikanth, who was quarterfinalist in five of his six tournaments.

Olympic champion Chen Long hasn’t won a tournament this year – he was runner-up to Son Wan Ho at the Malaysia Masters and to Lin Dan at the Malaysia Open – and occupies seventh spot.

The biggest mover in Australia was Wang Tzu Wei, whose semifinal finish saw him jump five places to No.8, just ahead of HSBC BWF World Tour Finals champion Shi Yu Qi, who has played only five World Tour events so far. Shi won the Swiss Open and was semifinalist at the All England and the Malaysia Open.

In tenth place is Malaysia’s Lee Zii Jia, who has gained from being in five quarterfinals out of nine tournaments.

Prominent names who aren’t yet in the top ten are Anders Antonsen (No.15) – winner of the Indonesia Masters; Chou Tien Chen (No.22), who has yet to win a tournament this year, and Sameer Verma (No.30).

In women’s singles, longtime world No.1 Tai Tzu Ying is currently fifth on the HSBC Race to Guangzhou Rankings, having played only four events so far, of which she won two.

Leading the rankings is Ratchanok Intanon, who has played double the number of events Tai has. Intanon, winner of the Malaysia Masters and the India Open, has 48,380 points, compared to Tai’s 35,440.

Japan’s women’s singles spearheads Nozomi Okuhara and Akane Yamaguchi follow in second and third place. Okuhara has had a consistent year with back-to-back finals in Singapore and Australia, after consecutive semifinals in Germany, England and Malaysia.

Yamaguchi, winner of the German Open, has also been steady, featuring in the Malaysia Open final and semifinals at the All England, Singapore Open and New Zealand Open.

Chen Yu Fei, who is on a hot streak of wins having claimed the All England, the Swiss Open and the Australian Open, is in fourth spot, just ahead of Tai.

Busanan Ongbamrungphan (No.6), runner-up at the Princess Sirivannavari Thailand Masters; Sung Ji Hyun (No.7), semifinalist at the Swiss Open; and Li Xue Rui (No.8), runner-up in New Zealand, are behind Tai.

In ninth place is Fitriani Fitriani and in tenth is He Bing Jiao, who has played just five events this year, with her best being a runner-up spot in India.

USA’s Beiwen Zhang, India’s Saina Nehwal and Pusarla V Sindhu, Japan’s Aya Ohori, and Denmark’s Mia Blichfeldt are all outside the top 10 at the moment.