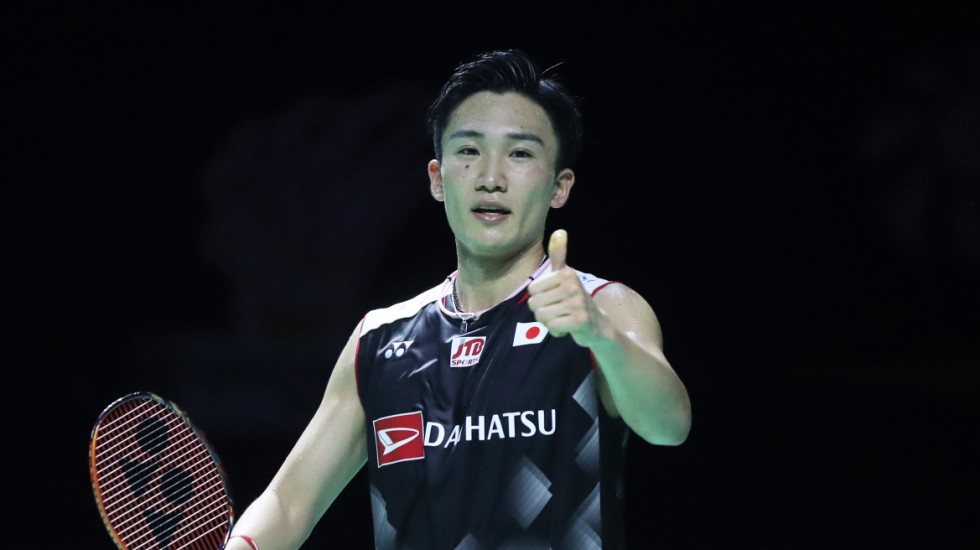 An overview of the season’s performances of the top eight men’s singles players who qualified to the HSBC BWF World Tour Finals 2019.

The world champion barely put a foot wrong all year. After a surprise loss to Anders Antonsen in the final of the Indonesia Masters, Momota stamped his authority in all ten subsequent finals. Most of the major titles fell in his bag – All England, Badminton Asia Championships, Japan Open, World Championships, Victor China Open, Korea Open, Denmark Open and Fuzhou China Open. A demoralising loss in the final of the Sudirman Cup mid-season was quickly shaken off and he resumed his dominance. He will be keen to make amends for his loss in the World Tour Finals last year.

His first Super 1000 title came in dramatic circumstances, at the end of a marathon final in Indonesia that showed his immense resolve and fitness. There were other highlights too during the year, as he captured titles in Thailand and Chinese Taipei, and finished runner-up in Korea and China (Fuzhou), both times losing to Momota.

It was a good year for the Indonesian, as he broke into the top ten at the beginning of the season and stayed there. He won successive tournaments in New Zealand and Australia, and was in finals in Japan and France. While he wasn’t able to replicate his Asian Games performance of 2018 at the top-tier events, his steady performances will convince fans that further big titles are destined.

The Olympic champion is no more the model of consistency that he once was, but he is still a formidable competitor. He was in finals on successive weeks in Denmark and France; he lost the first, to Momota, but prevailed in the second, over Jonatan Christie. He was also in the finals of the two events in Malaysia, falling to Son Wan Ho and Lin Dan. It was a pretty uneven season, but he did enough to finish in the top five of the world rankings and the Race to Guangzhou.

Considering that Axelsen was out of action mid-season due to fitness concerns, it is quite remarkable that he did bounce back strongly. The early part of the season had gone well, with semifinals at the Masters in Malaysia and Indonesia, titles in Spain and India, besides a hard-fought final at the All England. His comeback was impressive, with semifinals in Denmark and France, and quarterfinals in China (Fuzhou) and Hong Kong. The two-time winner of the season finale will look to recapture the title in Guangzhou.

It was a pretty uneven year for Ginting, punctuated by highs and lows. He made four finals at equal intervals, but he was also a frequent casualty in first or second rounds. He was in finals in Singapore, Australia, China (Changzhou) and Hong Kong, but he couldn’t quite find the form that saw him steal the show on a few occasions the previous season. He came closest to winning a title at Hong Kong, but qualifier Lee Cheuk Yiu surprised him in the final.

Antonsen was one of the stars of the year. Starting with the Indonesia Masters in January, where he memorably beat Kento Momota in the final, Antonsen set a high standard and rarely dipped. He made four other finals – at the Spain Masters, European Games, Indonesia Open and the World Championships. With steady performances through the year, and still only 22 years old, Antonsen has come of age on the big stage.

Made the top eight after reaching the second round of the final qualifying event, the Gwangju Korea Masters. A week later he celebrated his qualification by winning his first World Tour title – the Syed Modi Championships, which should put him in a good frame of mind at his first season finale. Wang had a busy year – playing 26 tournaments – with the high points being semifinals at the Korea Open, Australian Open and Canada Open.