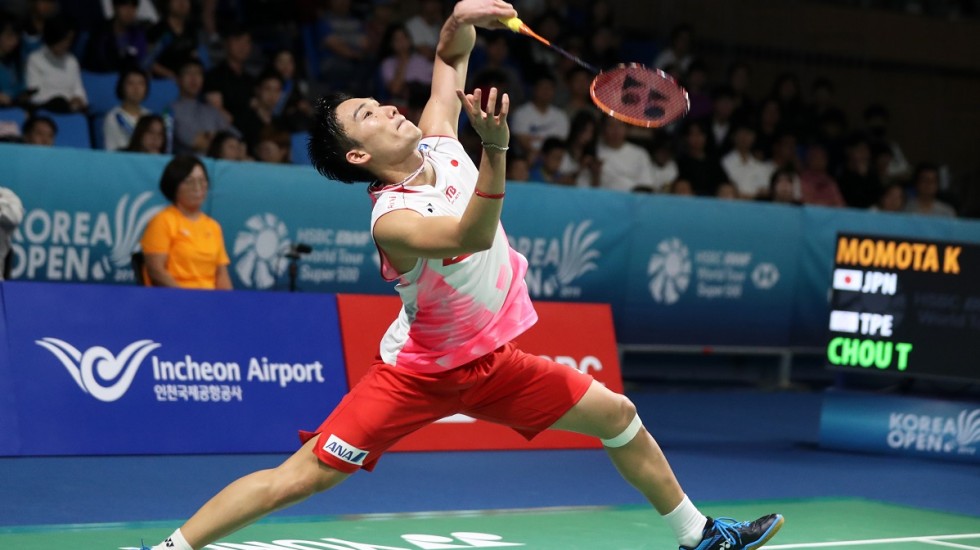 With just nine ranking tournaments remaining in the HSBC Race To Guangzhou 2019 we look at the men’s singles contenders for the Top 8 players to qualify for the season-ending HSBC BWF World Tour Finals in December.

“I’m very happy that I’ve proved my ability by winning my second Super 1000 title and the World Championships,” said Momota after his win in Changzhou.

Momota is assured of his place in Guangzhou courtesy of his victory in Basel in August.

Another with a stellar season is Chinese Taipei’s Chou Tien Chen. Chou broke through for his first Super 1000 title at the BLIBLI Indonesia Open 2019 and has backed that up with wins in Thailand and on home soil in Chinese Taipei, as well as a runner-up finish in Korea last week.

He looks certain of a berth in Guangzhou and currently holds down second place in the HSBC Race To Guangzhou standings.

His countryman Wang Tzu Wei is a surprise contender in fifth position and has earned his ranking courtesy of a consistent season so far. He has played in 18 of the 19 tournaments in 2019 – the most of anyone inside the Top 8 – and has amassed peak points with semifinal efforts in Australia, Canada and last week in Korea.

Two Indonesians are also in the box seat to qualify – Jonatan Christie and Anthony Sinisuka Ginting. Ginting and Malaysia’s Lee Zii Jia are the only athletes in the Top 8 alongside Wang who are without a title in 2019.

Currently sitting outside the eight is China’s Chen Long and Denmark’s Anders Antonsen. Antonsen’s omission from the finals would be a shock given this is his best season to date.

One player unlikely to feature in Guangzhou is defending champion Shi Yu Qi. Shi is 24th in the rankings and made his return from injury at the China Open last month having been sidelined following ankle ligament surgery in July

“I tore some ligaments [in my ankle] at the Indonesia Open and had surgery to stitch it up.

“My immediate goal is to get back my feeling of playing competitions and the tempo,” he said.

The next stop on the World Tour is the DANISA Denmark Open 2019. Click here for the draw.