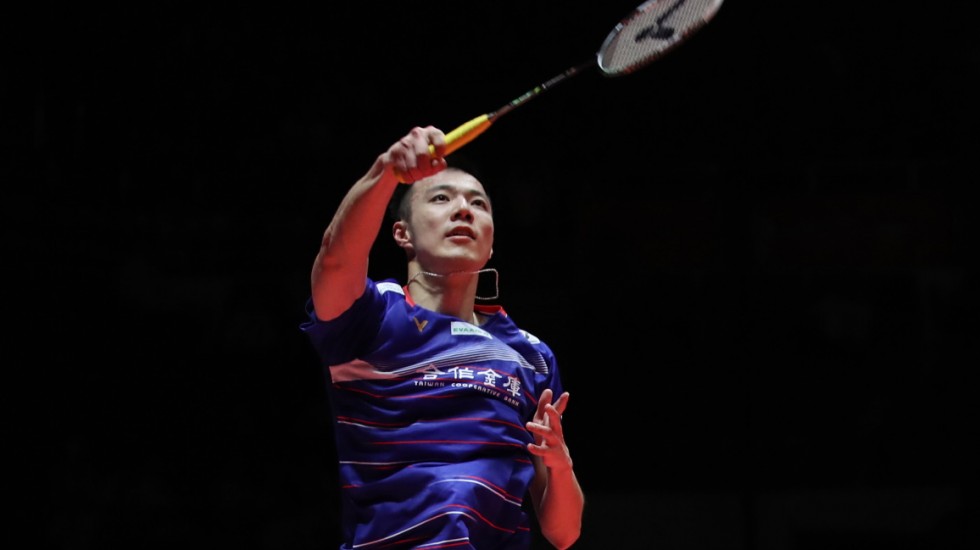 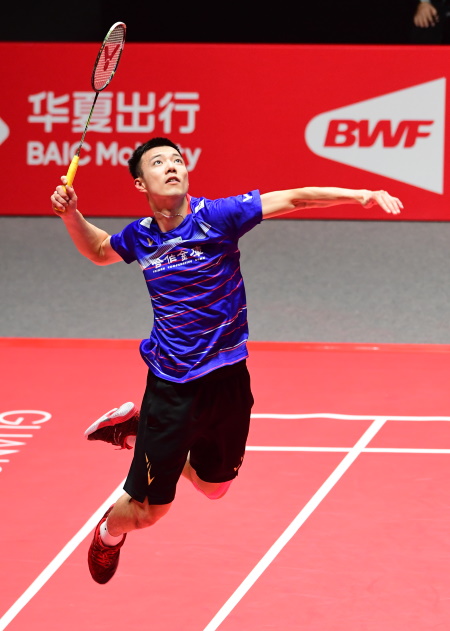 The world No.19 hadn’t had a particularly remarkable year and was a late qualifier. He sealed his spot at the final qualifying tournament, the Gwangju Korea Masters, making the top eight in the Race to Guangzhou rankings after accumulating points from 23 World Tour tournaments – nine more than Anders Antonsen, who’d qualified in seventh place.

Given his record for most of the year – he fell in the first or second round of 17 tournaments – he wasn’t expected to make a splash in Guangzhou.

And yet, against most expectations, Wang did more than just make up the numbers. After a straight-games loss to Kento Momota, he ran through Jonatan Christie 21-12 21-17, throwing the group open. With Anders Antonsen losing his first two matches, Wang only needed a game in his final group match against the Dane to seal his semifinal place.

That match wasn’t short of drama as Wang had leads 19-14 and 20-17, only for Antonsen to overtake him. The slip didn’t deflate Wang and he kept up his attacking game to take the second and clinching his semifinals spot, although Antonsen did end up winning the match.

“It’s always tricky against him. He’s playing a different style from when I last saw him,” said Antonsen. “He’s hard to beat; actually, this is my first time beating him, so I’m happy about that.”

Against the world’s best player in the semifinals, Wang troubled him with his big, precise smashes, but couldn’t sustain the challenge in the second game.

Nonetheless, there was plenty for him to take away from the tournament. He has now set his sights on getting more consistent results.

“I hope I can get to the top 10,” Wang said. “Olympic qualification ends in April and I need to get good results for the remaining tournaments.”

Given the skills he showcased, that should not be beyond him, for he was briefly ranked No.10 in October-November 2017. He attributes his turnaround to coach Luan Jin, who moved to Chinese Taipei in January.

“My new coach Luan Jin started with the team this January, so I think I’ve become much better over the last 12 months,” says Wang. “I lost many first round matches this year, but I wasn’t playing badly, and was giving it my best. So I wasn’t thinking too much, I was only trying to get better.”

Having won the Syed Modi Championships – his first title since the Dutch Open in October 2016 – and made the semifinals in a world-class field in Guangzhou, Wang is hopeful of carrying forward with the momentum into the new year.

“This was my first time in the World Tour Finals and I made the semis, it’s a good memory,” he said. “I have to keep training hard and get better.”