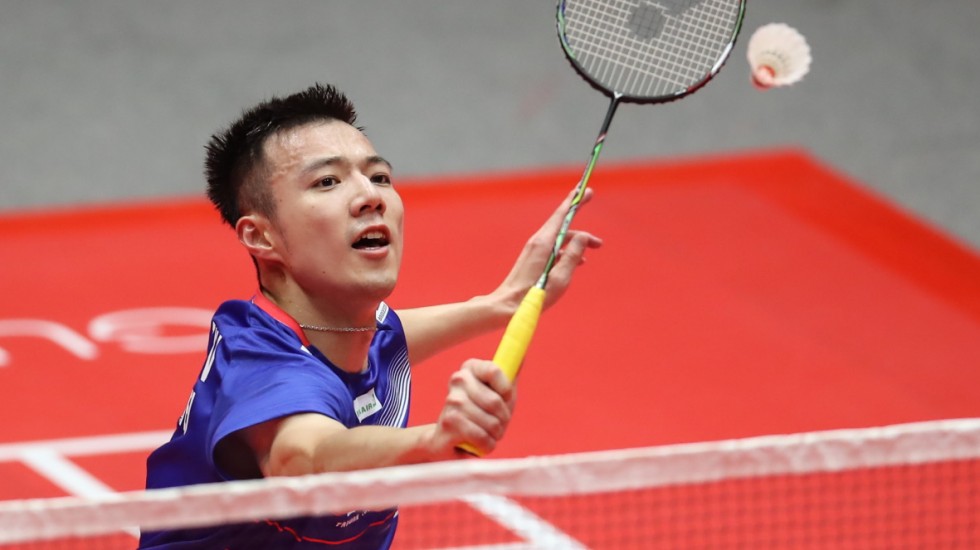 The world No.19, who had qualified to the Finals in the very last qualifying event, needed to win a game against Anders Antonsen in the last match of Group A. Although Wang lost the match, 23-21 12-21 21-12 to Antonsen, he qualified in second place from the group behind Kento Momota.

Momota completed his group assignments with a straight-games victory over Jonatan Christie. That meant Antonsen had a shot at qualifying, but he had to win in straight games.

That possibility looked unlikely through the first game against Wang, as the Chinese Taipei player built up a healthy lead and had four game points. Antonsen saved all four and took the lead, but fell behind early in the second. Wang raced to leads of 7-0 and 17-5 to put the game beyond Antonsen.

The Dane got his act together in the third game and won his first match of the tournament in 82 minutes.

“It is my career’s biggest moment,” said Wang. “I was focussed on winning the match and wasn’t sure of the equation, because the other match (Kento Momota vs Jonatan Christie) in the group was going on. After I lost the first game, I didn’t dwell too much on it. I wanted to give my best because this is the Finals and I wanted to at least play three games.”

Marcus Fernaldi Gideon and Kevin Sanjaya Sukamuljo booked their semifinals place from Group A with a 21-16 21-17 victory over Takeshi Kamura and Keigo Sonoda, who finished with three losses.

The Minions needed only a game to secure their place from the group behind Yuta Watanabe/Hiroyuki Endo. In a long-drawn battle, full of high clears with both teams unable to get quick winners – one rally even went 139 shots – the Minions eventually pulled past the Japanese.