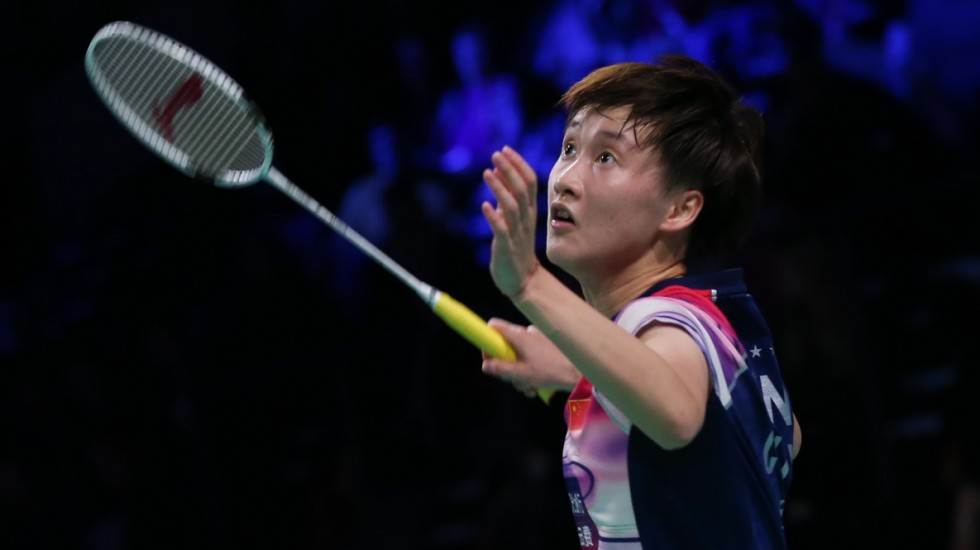 Chen Yufei won all her six finals this year.

Chen Has the Edge in Competitive Field – Women’s Singles: Preview

The unique format of the season finale poses a challenge that not every player can master.

Among the eight women’s singles qualifiers, Tai Tzu Ying has the best record at this event, having won two — 2014 and 2016 — of her three finals (she lost to Li Xuerui in 2013). The world No.1 laid out the task facing the competitors in Guanghou:

“The World Tour Finals has a different format. It’s not like the regular Tour where you may play against slightly lower ranked players in the first two rounds. In Guangzhou we start with round robin matches but the level of competition feels like a quarterfinal match. After three tough matches, we have to play the semifinals. The level of competition is very high especially in women’s singles where everyone is improving. Therefore, our matches are longer, and I have to be mindful of my condition.”

Despite a fairly successful season, in which she won three titles in five finals, and coming in to Guangzhou ranked No.1, the Chinese Taipei superstar has had her concerns fitness-wise. A knee injury forced a retirement in the semifinals of the Fuzhou China Open, her last event. At times during the season, she didn’t appear to be at her physical best.

“It’s the end of the season and we have played many tournaments. So, you’d definitely expect some injuries and fatigue in the last tournament of the year. I just hope that this year I can minimise my injuries,” said Tai.

At least six of the qualifiers appear to have an even shot. Chen Yu Fei probably has the edge, given that she won all six of her finals this year. The top seed however played down her chances.

“All the players in the year-end championships are more or less of the same level, so every match will be intense and highly competitive. I need to be fully prepared for the high level of intensity,” said Chen.

What will aid her is that she has been outstanding at events in China this year. She was pivotal to China’s Sudirman Cup victory over Japan in Nanning; won the Fuzhou China Open, and was in the semifinals of the Badminton Asia Championships in Wuhan and the VICTOR China Open in Changzhou.

Apart from Tai, there are three other season finale winners among the qualifiers — Akane Yamaguchi, Nozomi Okuhara and Pusarla V Sindhu. Yamaguchi had a glorious mid-season and appears to have recovered after a hip strain that derailed her during and after the World Championships; Okuhara will be thirsting for her first title after falling in all seven finals over the last 12 months, while Pusarla will hope for a return to the form that saw her win the world title.

Then there is Ratchanok Intanon, whose career’s biggest triumph – the World Championships in 2013 – was achieved in Guangzhou.

Intanon was often on the podium this year, although she couldn’t pull off a triumph at a Super 750 or Super 1000 event. The Thai stated that it would come down to the effort each player was willing to put in.

“I know that every player has a lot of experience, and that they are pushing themselves during training. I will also try to keep training harder, I know it’s not easy and not like the normal tournaments like the Super 500 and others. The top eight players are strong, and I have to keep training harder because I want to show my best performance there.”