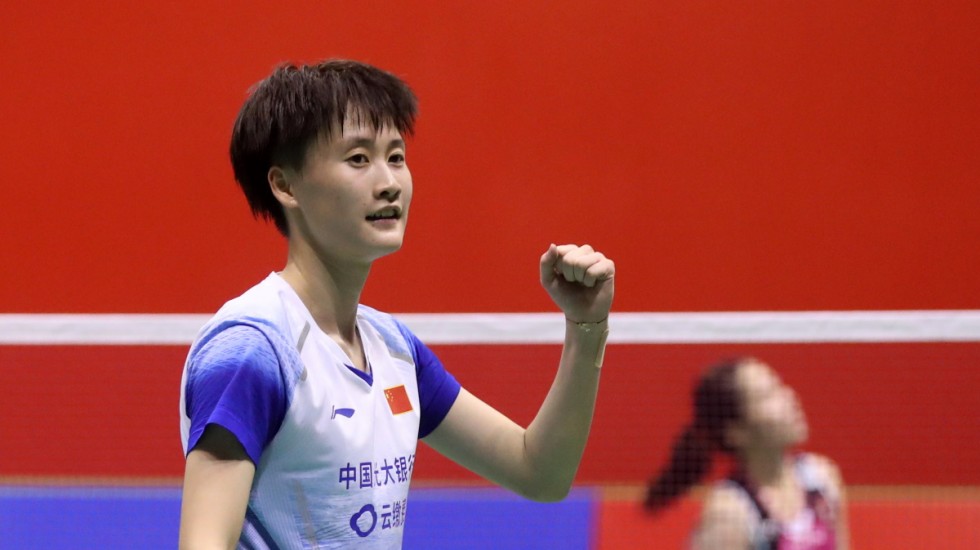 An overview of the season’s performances of the top eight women’s singles players who qualified to the HSBC BWF World Tour Finals 2019.

It was a near-perfect season for the Chinese. She finished with six titles, winning all her finals. At the start of the year she won the prestigious All England, beating Tai Tzu Ying – her first victory over her nemesis in 12 matches until then. She went on to capture titles in Switzerland, Australia, Thailand, China and Hong Kong. Quite impressively, in her 15 tournaments, her ‘lowest’ performance was a quarterfinal, in Korea. At all other events, she reached at least the semifinals. Consistency personified.

The Thai had a year that was typical of her – a few peaks with no substantial lows, but not really different from past seasons. She might rue the four finals she lost – in Germany, Thailand, Korea and Hong Kong, as also the World Championships semifinals in which she had her chances before being outlasted by Nozomi Okuhara. But victories at the Malaysia Masters and the India Open did give her something to cherish.

At one point it seemed Yamaguchi was going to be the star of the year. Two wins in two weeks – Indonesia and Japan – were significant, but then she fell to four straight first round losses due to a hip problem sustained just before the World Championships. Yamaguchi didn’t take a break and continued to soldier on. She made progress at the end of the year, with semifinals at the French Open, Hong Kong Open and Korea Masters.

Okuhara made as many as six finals, but each time she finished second-best. The most bitter of those finals was at the World Championships, when she was demolished 21-7 21-7 by familiar rival Pusarla V Sindhu. The Japanese, though, can take solace in her consistency, as also her recovery from fitness issues that had troubled her in the past. Always the dogged fighter, Okuhara will hope to peak again in Guangzhou – she had finished runner-up at the last edition.

After two sparkling seasons in 2017 and 2018, it was a rather uneven year for the Chinese Taipei star. She was her best in patches – winning back-to-back titles in Malaysia and Singapore, for instance, but then wavering mid-season before capturing her next title in October in Denmark. Fitness worries appeared to dog her throughout, and she wasn’t quite in command as she was previously.

Broke a long title drought of three years by winning the Korea Open. The other highlights were a semifinal at the Indonesia Masters and runner-up places at the India Open and the Badminton Asia Championships. Those performances apart, He Bing Jiao didn’t have much to write home about.

Made it to the top eight at the last qualifying tournament, the Gwangju Korea Masters. Ongbamrungphan had a bright start to the year, with a final at the Thailand Masters. While she didn’t have any spectacular performances through the season, she was fairly consistent – reaching seven quarterfinals, mostly at top-tier events. Having qualified to her first season finale, Ongbamrungphan will sense her chance at coming out of the shadows of her more accomplished peers.

It was a memorable year for the Indian, even though, in terms of number of tournament wins, she had a sole triumph. Still, it was the one that had eluded her in two previous finals – the World Championships. Following that memorable victory in Basel, Pusarla’s had a forgettable time, with her best being a quarterfinal at the French Open. As defending champion in Guangzhou, there is plenty at stake for the Indian.