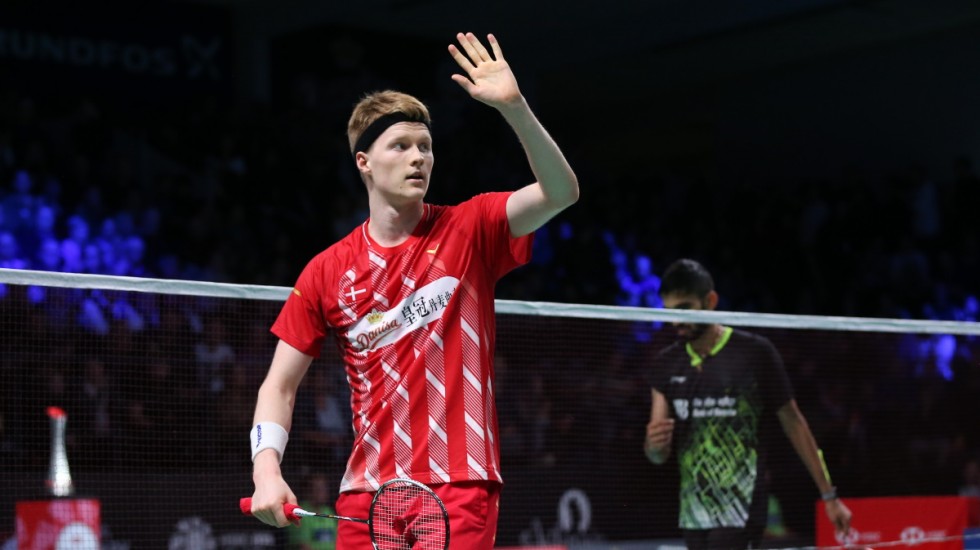 Anders Antonsen is among those making a debut at the season finale.

Wang Tzu Wei, Anders Antonsen and Jonatan Christie are among several first-time qualifiers to the season finale, the current iteration of which is the HSBC BWF World Tour Finals 2019 in Guangzhou.

Chinese Taipei’s Wang qualified in eighth place on the provisional rankings list after making the second round of the Gwangju Korea Masters 2019, which was the final qualifying event. (The confirmed list is awaited as the provisional qualifiers are yet to accept their invitation.)

Christie qualified in third place behind world champion Kento Momota and Chou Tien Chen. Antonsen, who has had the best year of his young career so far, qualified in seventh. A maximum of two players/pairs from each Member Association can qualify.

Momota will be seeking his second Finals trophy after winning the Dubai World Superseries Finals in 2015. He fell in the title clash last year to Shi Yu Qi – one of his rare defeats in a final in recent times – and will be looking to wrap up what has been a sensational year even by his standards.

In women’s singles, Busanan Ongbamrungphan will be making her World Tour Finals debut. The Thai was last to qualify, which she did after playing the first round of the Korea Masters.

All England champion Chen Yu Fei leads the list of qualifiers, which includes two-time champion Tai Tzu Ying. Defending champion Pusarla V Sindhu was assured of a spot despite being in 15th place as one spot in each category is reserved for the reigning world champions.

The list is headed by Marcus Fernaldi Gideon/Kevin Sanjaya Sukamuljo, who have had another excellent season, followed by world champions Mohammad Ahsan/Hendra Setiawan.

Kong Hee Yong will be the only debutant in women’s doubles. Her partner Kim So Yeong will be making her fourth appearance – she had qualified to the World Superseries Finals in 2013 and 2014 with Chang Ye Na and 2015 with Chae Yujung.

Defending champions Misaki Matsutomo/Ayaka Takahashi will miss out as they are the third Japanese pair in the top eight. Compatriots Yuki Fukushima/Sayaka Hirota head the rankings, followed by world champions Mayu Matsumoto/Wakana Nagahara.

In mixed doubles, Seo Seung Jae and Melati Daeva Oktavianti will be making their debut at the season finale. Seo and Chae Yujung took the eighth and last spot, while Oktavianti and Praveen Jordan qualified in fourth.