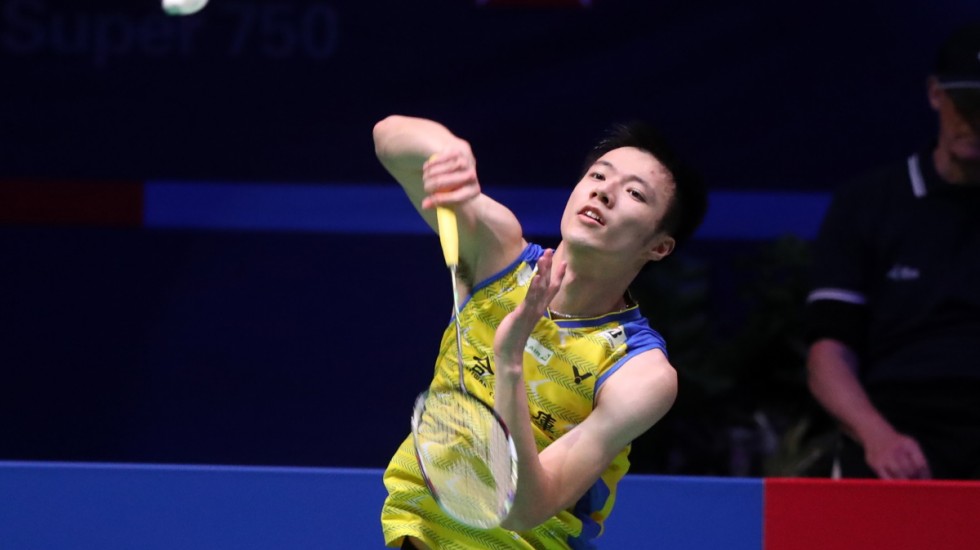 Wang Tzu Wei has the odds in his favour.

The Gwangju Korea Masters 2019, the final qualifying event for aspirants to the HSBC BWF World Tour Finals 2019 in Guangzhou, started yesterday with some interesting possibilities on the cards.

One spot in each of the five categories is reserved for the reigning world champions, leaving seven spots for other contenders, and accommodating a maximum of two per Member Association.

In men’s doubles, Fajar Alfian/Muhammad Rian Ardianto are likely to miss out despite being sixth in the Race To Guangzhou, as compatriots and world champions Mohammad Ahsan/Hendra Setiawan and No.1 pair Marcus Fernaldi Gideon/Kevin Sanjaya Sukamuljo are ranked ahead of them.

If Lu/Yang – who are currently in eighth place in the Race to Guangzhou Rankings – cross the first round, they will seal their place. It will then be between the two Malaysian pairs. A quarterfinal finish or better for Chia/Soh will confirm their place.

In women’s doubles, Misaki Matsutomo/Ayaka Takahashi, who are seeded fourth at the Korea Masters, are likely to miss out despite being fifth in the Race To Guangzhou, as two other pairs from Japan are ahead of them.

Others in the draw who are headed to Guangzhou are Korea’s Lee So Hee/Shin Seung Chan.

All eight spots have been sealed in mixed doubles; two of those pairs – Malaysia’s Chan Peng Soon/Goh Liu Ying and Korea’s Seo Seung Jae/Chae Yujung – are competing at the Korea Masters. Chan and Goh, however, won’t be able to make any ranking points from the tournament, since, as Top Committed Players, they are allowed to play a maximum of four Super 300 tournaments in a year. The Malaysians are now playing their sixth Super 300 event. They will keep their ranking points from their fifth Super 300 – the Chinese Taipei Open – as they played with BWF special exemption.

There is only one vacant spot in men’s singles. Chinese Taipei’s Wang Tzu Wei has the strongest chance as he is in eighth and ahead of closest contender Ng Ka Long Angus by over 3000 points, but there is a possibility for four others in the draw – Ng Ka Long Angus, Lin Dan, Kantaphon Wangchaoren and Kanta Tsuneyama. Lin Dan will sense his chances in the draw, as he takes on Lee Dong Keun in the first round, followed by either Heo Kwang Hee or Lin Yu Hsien.

As for women’s singles, Thailand’s Busanan Ongbamrungphan only has to turn up for her first round to clinch the eighth spot.

Women’s singles does have a strong draw, which will see confirmed qualifiers like Akane Yamaguchi and He Bing Jiao contest the title alongside Carolina Marin, Aya Ohori, An Se Young, Sayaka Takahashi and Nitchaon Jindapol.