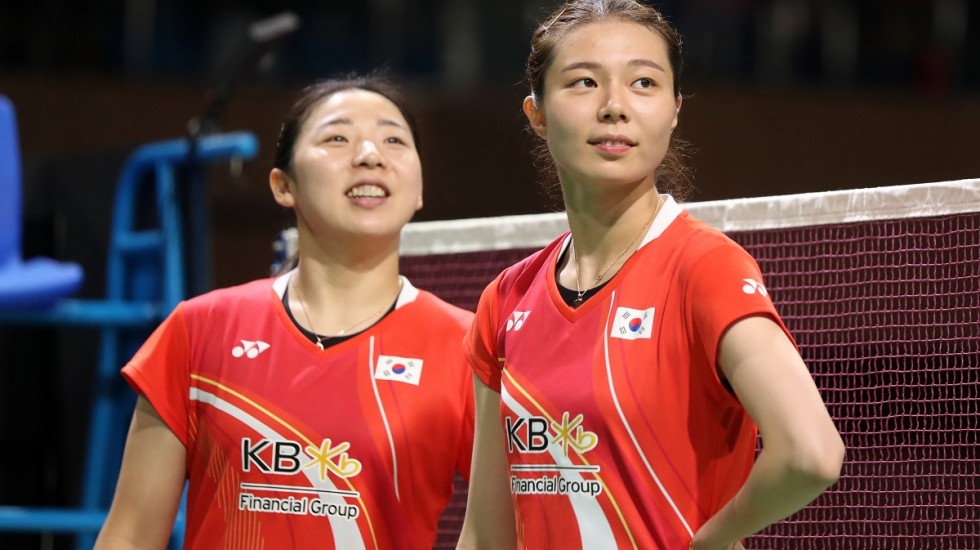 Kim and Kong have the most titles in 2019 with four.

With just nine ranking tournaments remaining in the HSBC Race To Guangzhou 2019, we look at the women’s doubles contenders for the Top 8 pairs to qualify for the season-ending HSBC BWF World Tour Finals in December.

And the season so far makes for interesting reading.

While on face value it seems like the Japanese pairs have again dominated, the most outstanding duos on the HSBC BWF World Tour this year have been Kim So Yeong/Kong Hee Yong of Korea and Chen Qing Chen/Jia Yi Fan of China with seven titles between them.

On home soil at the Korea Open two weeks ago, Kim and Kong won their fourth title from six finals this season to emerge as one of the more difficult opponents on the circuit.

“The Korea Open is the biggest tournament held in Korea, so we are so glad to win the title here. This may be our fourth title this year, but the word ‘champion’ never gets old. It still makes us so happy to hear it,” said an ecstatic Kim.

With the Tokyo 2020 Olympic competition taking place at the same venue, they will no doubt be a force to be reckoned with.

China’s Chen and Jia have dominated the Super 1000 events in 2019, prevailing at the All England and at the China Open in Changzhou.

Considering they have played the least number of tournaments out of the Top 8, they will be warm favourites to vie for the title in Guangzhou. They have undoubtedly shown they can handle the supremacy of the Japanese big three.

In March, they knocked off both Matsumoto/Nagahara and Fukushima/Hirota en route to claiming the All England Open title and in Changzhou it was the turn of the Olympic gold medallists Matsutomo/Takahashi to feel their wrath. They also did the same at the Asia Championships 2019 in Wuhan, defeating Matsumoto and Nagahara again.

Japan’s big three have been engaged in an interesting battle of their own. Three into two simply doesn’t fit and it’s unfortunate that one of the pairs won’t qualify for their home Olympics in Tokyo next year.

Yuki Fukushima and Sayaka Hirota lead the standings with three titles from three finals including the Super 1000 event in Jakarta. Olympic and defending HSBC BWF World Tour Finals champions Misaki Matsutomo and Ayaka Takahashi have been the bridesmaids in 2019 with four runner-up results on the tour. Their sole victory coming at the Indonesia Masters at the start of the year.

The two-time defending world champions Mayu Matsumoto and Wakana Nagahara have been the most consistent, progressing to at least the quarterfinal phase of the first 11 tournaments they entered. Yet their one victory in Singapore alongside their triumph in Basel suggests that may be keeping a little up their sleeve heading into the business end of the season.