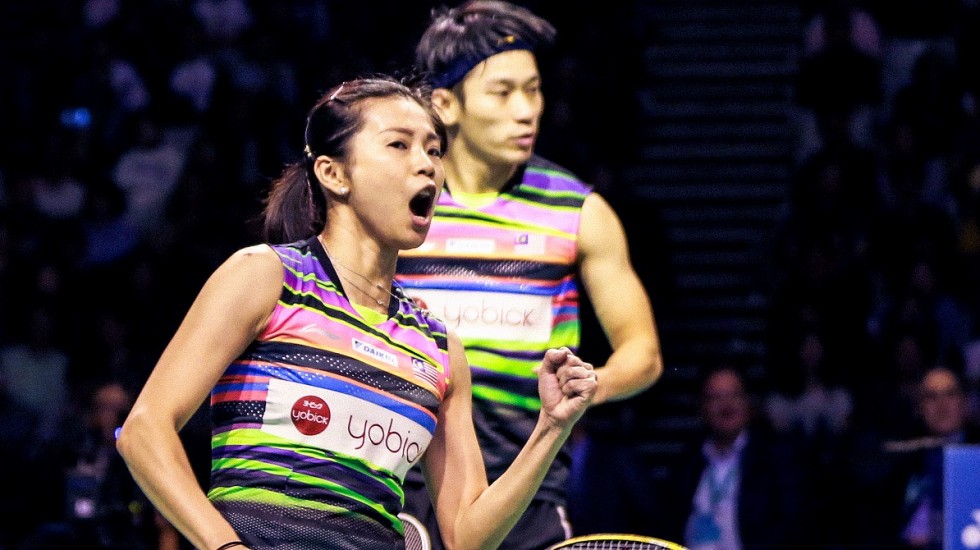 Chan Peng Soon and Goh Liu Ying are atop the HSBC Race To Guangzhou standings.

With just nine ranking tournaments remaining in the HSBC Race To Guangzhou 2019 we look at the mixed doubles contenders for the Top 8 pairs to qualify for the season-ending HSBC BWF World Tour Finals in December.

Despite the illusion of the rankings, world No.1’s Zheng Si Wei and Huang Ya Qiong have again been in a league of their own.

They are the first player or pair to claim all three Super 1000s in a year!
✅ All England Open
✅ Indonesia Open
✅ China Open
Not to mention their World Championships crown, too.#HSBCBWFbadminton #HSBCRaceToGuangzhou pic.twitter.com/IumpzywsZC

In China recently, they completed their conquest of Super 1000 events this year, notching their sixth title from seven finals in just eight tournaments entered. Their three Super 1000 titles in a calendar year – the first such achievement on the HSBC BWF World Tour – now presents a new frontier for other players and pairs who wish to join their elite company.

“Of course, we are happy to have won, we didn’t expect to win all Super 1000 titles this year, so we are extremely happy,” said Huang in Changzhou.

As world champions, they are assured of their place at the season-ending finals in Guangzhou.

The only pair to have really troubled them in 2019 is Thailand’s Dechapol Puavaranukroh and Sapsiree Taerattanachai – in the semifinals of the Singapore Open and Korea Open 2019 last weekend, leading to their only two titles of the season.

The ability to cause problems for the near-unstoppable Zheng and Huang has been a feather in the cap for the Thai team. In beating Zheng/Huang, the Thais became the first pair to record two victories over the world champions, and the first from their country to win the Korea Open in any category.

“We’re happy because we won our second World Tour title,” said Taerattanachai. “We now have more confidence and we just want to try out best at every event.”

That’s not taking anything away from the current leaders in the standings Chan Peng Soon/Goh Liu Ying who have reaped the rewards for consistency and effort. They have contested 15 events for two titles – Thailand Masters and New Zealand Open – along with five semifinal appearances.

With the European swing at the DANISA Denmark Open 2019 and YONEX French Open 2019 on the horizon, they will be looking to secure their status inside the eight.

In seventh place and on the cusp of qualifying is last year’s HSBC BWF World Tour Finals semifinalists Yuta Watanabe and Arisa Higashino. Higashino has endured an injury-plagued campaign and that has affected the duo’s results with just one title to date – the Malaysia Masters in January.

Just outside the eight are two further pairings each from Indonesia and Malaysia as well as 2018 Guangzhou contenders Marcus Ellis and Lauren Smith.