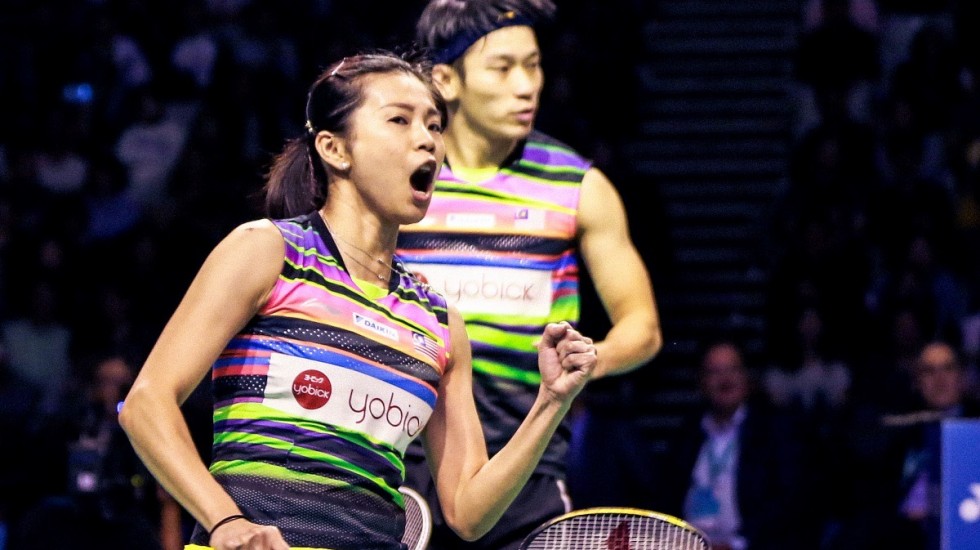 Chan/Goh Ahead in Race to Guangzhou

Malaysia’s Chan Peng Soon and Goh Liu Ying are top of the mixed doubles leaderboard in the HSBC Race to Guangzhou Rankings.

In second place are Thailand’s Dechapol Puavaranukroh/Sapsiree Taerattanachai, winners of the Singapore Open, and runners-up in in Thailand and Malaysia.

The pair that made the biggest jump in the latest rankings were China’s Wang Yi Lyu and Huang Dong Ping, whose Australian Open win earlier this month helped them climb into the top 10.

The Chinese duo’s second title of the year – they also won the India Open – saw them gain 7000 points and climb up by six spots to No.8 on the Race to Guangzhou Rankings, which will determine the qualifiers to the HSBC BWF World Tour Finals 2019 in December.

Compatriots Zheng Si Wei and Huang Ya Qiong are also in the top 10 – at No.6. Zheng/Huang, winners of three of the four tournaments they’ve featured in, have a total of 38,620 points, some way behind leaders Chan/Goh.

Indonesia’s Praveen Jordan/Melati Daeva Oktavianti and Hafiz Faizal/Gloria Emanuelle Widjaja are in third and fourth. Jordan/Oktavianti have had a good season, having finished runners-up at three tournaments: the India Open, the New Zealand Open and the Australian Open.

Japan’s Yuta Watanabe/Arisa Higashino (No.5), Malaysia’s Goh Soon Huat/Shevon Jemie Lai (No.7) and Tan Kian Meng/Lai Pei Jing (No.9) and Indonesia’s Rinov Rivaldy/Pitha Haningtyas Mentari (No.10) are the others in the top 10.

Women’s doubles has three Japanese pairs at the top, led by Mayu Matsumoto/Wakana Nagahara. The Singapore Open champions are followed by Yuki Fukushima/Sayaka Hirota, winners of the Malaysia Masters and the Australian Open, and Misaki Mastutomo/Ayaka Takahashi, winners of the Indonesia Masters and runners-up at the German Open and the New Zealand Open.

Indonesia’s Greysia Polii/Apriyani Rahayu – champions in India – are in fourth place, followed by China’s Chen Qing Chen/Jia Yi Fan, winners of the All England and the Malaysia Open.

There are two other Chinese pairs in the top 10 – No.9 Li Wen Mei/Zheng Yu and No.10 Li Yin Hui/Du Yue, German Open winners.

Korea’s Kim So Yeong/Kong Hee Yong have had a good season, winning the Spain Masters and the New Zealand Open, and are in seventh place, just behind Thailand’s Jongkolphan Kititharakul/Rawinda Prajongjai and ahead of Korean compatriots Chang Ye Na/Jung Kyung Eun.

In men’s doubles, early leaders Marcus Fernaldi Gideon/Kevin Sanjaya Sukamuljo have slipped to No.10, but their compatriots Mohammad Ahsan/Hendra Setiawan are in second place, benefitting from title wins at the All England and the New Zealand Open.

There are three Malaysian pairs in the top 10: Goh V Shem/Tan Wee Kiong at No.4, Aaron Chia/Soh Wooi Yik at No.5, and Ong Yew Sin/Teo Ee Yi at No.9.

Goh/Tan have played nine events so far; they had started the season well winning the Princess Sirivannavari Thailand Masters, and went on to make the last-four at the Malaysia Masters and the New Zealand Open.

Aaron Chia and Soh Wooi Yik stormed into the limelight at the All England, reaching the final, but since then have yet to recapture the same form.

At No.6 are Indonesia’a Fajar Alfian/Muhammad Rian Ardianto – Swiss Open winners – while just below them are the only Europeans in the top 10, Denmark’s Kim Astrup/Anders Skaarup Rasmussen, whose best performances this year have been semi-finals at the Indonesia Masters and the India Open.

Japan’s Hiroyuki Endo/Yuta Watanabe, despite their first round loss at the Australian Open, held on to their spot at No.8, ahead of Ong Yew Sin/Teo Ee Yi and Gideon/Sukamuljo. The ‘Minions’ have played just five tournaments so far, of which they won the first two. Following their surprise opening round loss at the All England and a quarterfinal exit in Malaysia, the Minions will hope their fortunes revive in the second half of the year.