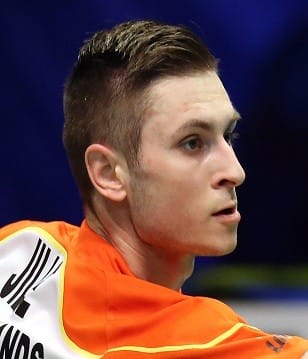 Professional Since: From the moment I started playing tournaments I was very competitive, so I would say from around 10-11 years old

When and where you began playing, and why this sport?
"I started playing at a small local club in Houten, the place where I grew up, because my big brother was playing badminton;"