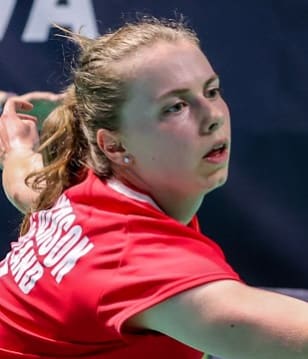 When and where you began playing, and why this sport?
"August 2005, at Tall Oaks Badminton Club - my mum and sister played"