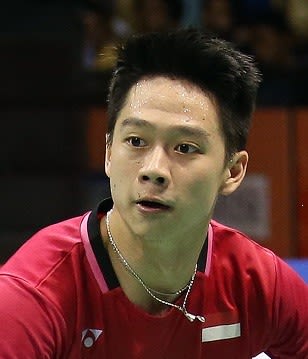 When and where you began playing, and why this sport?
"He began playing badminton at age four in Banyuwangi, Indonesia. "There was a badminton court behind my house, and I joined the people who were playing. I did not really like school. At the time my parents told me to choose, school or badminton. I chose badminton. My only goal when I first entered the dorm [of PB Djarum club in Kudus, Indonesia] in 2007 was to be a badminton champion.""

Sporting ambitions?
"To win gold medals at the Olympic Games and world championships."