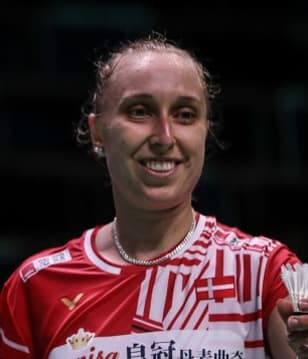 Professional Since: I started playing badminton when I was 11 years old.

Any previous Olympics Games competed in and results?
"none"

When and where you began playing, and why this sport?
"Gaarslev, Denmark, 2002. My friends played Badminton. I was a very active girl and also wanted to try badminton"

Your equipment sponsor and current racket model?
"Victor is my sponsor and I use the model Auraspeed 90K"

Sporting ambitions?
"- I have an ambition of becoming one of the best players in the world."