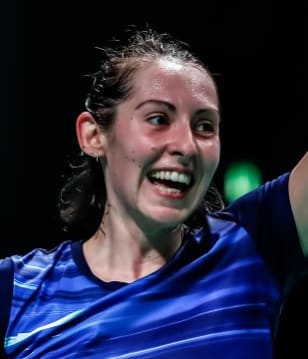 Professional Since: Around aged 8, at area or inter-area competitions

When and where you began playing, and why this sport?
"My father was a national junior coach, so I started playing in sports halls around Scotland"

Your equipment sponsor and current racket model?
"Victor (Other: NorDan)"

Memorable sporting achievements?
"Winning a Commonwealth Games Silver medal in front of a home crowd in 2014"

Sporting ambitions?
"To medal at every major championships: Olympics, Worlds, Commonwealths and Europeans"