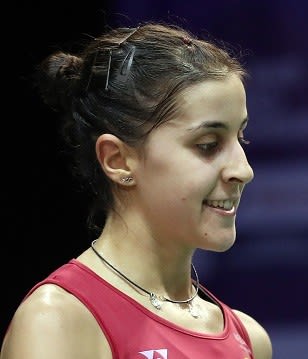 Professional Since: In 2005 at Brussels International U15.

When and where you began playing, and why this sport?
"2001 in Huelva - because my best friend told me one day to go with her to the hall to learn about a new sport, and I went with her and liked it. Currently, I enjoy being able to play tournaments around the world and meet many badminton players."

Sporting ambitions?
"Get a medal at the Olympic Games, be a World Champion, European Champion and to become world number 1."