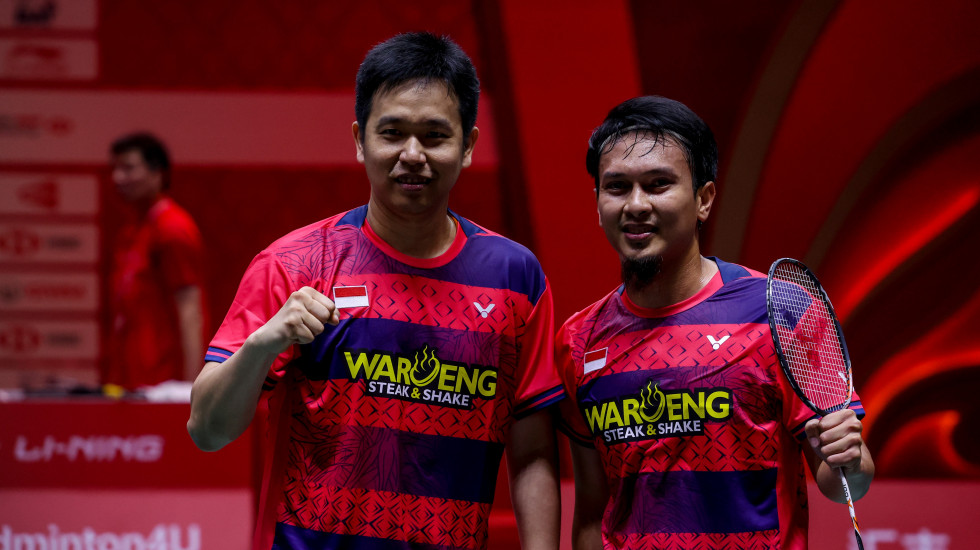 Honour the Genius While We Can

What a delight and privilege it is to watch Mohammad Ahsan and Hendra Setiawan still dominate the court.

It’s like we’re invited to their private show and all those in witness are secretly privy to their brilliance, perhaps unknowingly aware of the true weight of history being recorded in front of them.

Treat this as a warning to not take for granted this magic that you see. The ageless wonders are writing a chapter that will unlikely be repeated.

At the end of it all – whenever that may come – their numbers will stack up with the best. Maybe just an Olympic medal as a pair missing from their mantle!

But what makes them so special, so unrivalled, so beautiful to watch is not just their speed, or flair, or supreme skill. It’s that splendid chemistry that words cannot really do justice.

Their synchronicity is uncanny. The way they manoeuvre their way around the court – albeit a little slower and less dynamic these days – and flow into each other shots is otherworldly in comparison to their peers.

No one does it better. Two men expertly performing their craft in near-perfect unison, with seemingly endless ease, hooked up to the same badminton brain, receiving genius-level nerve endings, telling them to push this way, drive that way, smash cross-court, dink at the net.

They may not always get it right. Their level of execution the difference between win and loss. But amazingly, event with their vintage, a rare off day never seems to deter them from their badminton mantra.

Take last night for example! Requiring just a mere 32 minutes to blow world champions Aaron Chia/Soh Wooi Yik off the court. No respite, no mercy. Just a badminton barrage. This coming off a defeat against the same opponents at the World Championships a few months back in August.

“We attacked from in front. It’s a bit windy, but fast enough, so we attacked, attacked,” said Setiawan.

No lingering doubts, no dent in confidence. A new day, a new hall, a clean slate – another chance to play their perfect game.

And they do all this, mind you, with the same trademark smile from Hendra, and determined glare from Ahsan, that have warmed the hearts of so many fans year on end. It’s the same expression win, lose or draw.

What’s sad is it might take another two decades or more for us to see another pair with the same genius and guile – and zero degrees of separation – than we get with Ahsan and Setiawan; giving us even more reason two enjoy the two legends this week in Bangkok.

What we need to do is stand up and appreciate that this is once in a lifetime stuff, not just rare to badminton, but in all of sports. There are few sporting duos that have demonstrated such an instinctive chemistry.

When you speak to those in the know – commentators, coaches, fellow players – there is an underlying appreciation of their superiority.

But when you witness them play like they did last night – at the ages of 35 and 38 respectively – it’s important we all get on the tallest tower and sound out their virtuosity while we still can.