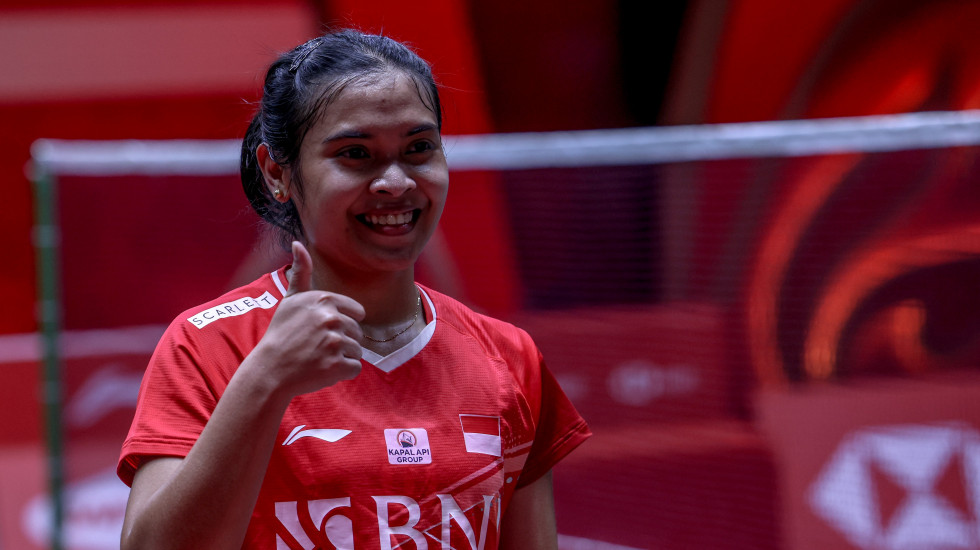 Women’s singles Group A became even more intriguing after Gregoria Mariska Tunjung’s impressive victory over top qualifier Chen Yu Fei, as the last player into the field landed the first major blow on Day 1 of the HSBC BWF World Tour Finals 2022 in Bangkok.

Many had predicted Tunjung to struggle in a group boasting Chen, Akane Yamaguchi and An Se Young, everyone except the Olympic champion that is.

“All three in my group are strong opponents. I lost my most recent matches to Akane Yamaguchi and An Se Young. Also, I can’t afford to underestimate Tunjung, although this is her first Finals,” Chen said at Monday night’s gala dinner.

For Tunjung it was about using that underdog status and lessons learned from her last outing against Chen to form a game plan that would challenge the world No.4.

“Being drawn against them [Chen, Yamaguchi, An], didn’t bother me. The pressure is on them and not me. I knew I had a big opportunity this week as I have played all three recently,” a delighted Tunjung said after the match.

“I definitely have the motivation to perform better than them.”

The world No.18, who snuck into the Top 8 for Bangkok with a runner-up effort at the SATHIO GROUP Australian Open 2022 last month, came out firing in the first game taking it 21-9.

Chen levelled the contest 21-14 in the second before Tunjung’s consistent pressure, speed and movement of the shuttle helped her get the best of Chen in the closing stages.

“Chen was clearly not at her best in the first game. Her strategy wasn’t there. So, I tried to pressure her and keep focused and not think about the result.

“I can’t [celebrate yet] and see this as a big win. I have two more matches after this. They are also tough and I need to focus on them.”

World champion Yamaguchi went to the top of Group A with an emphatic victory over An 21-18 21-16 displaying sublime shots such as this.