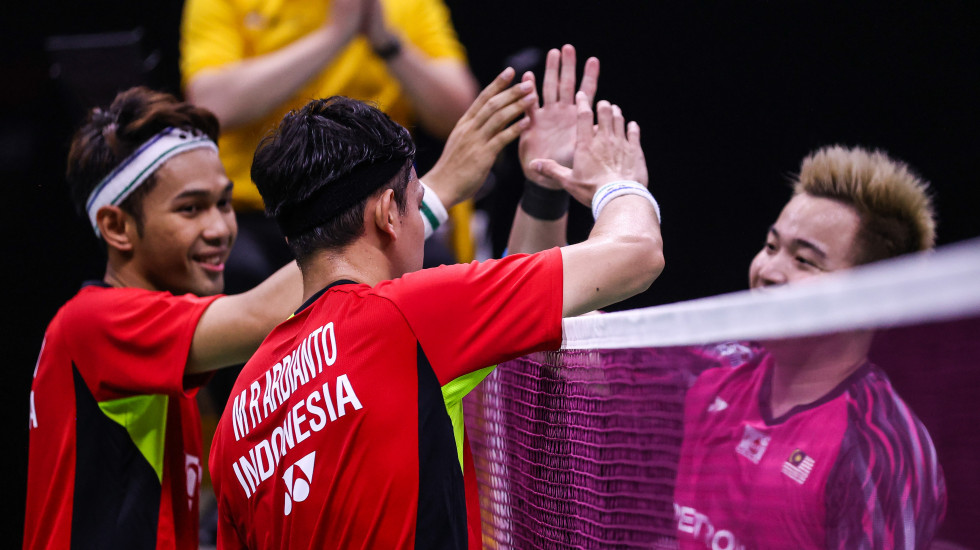 With the HSBC BWF World Tour Finals 2022 set to begin on Wednesday in Bangkok, here are some of the striking features of each category:

While all five categories are competitive, the field in women’s singles stands out, with four previous season finale winners – Tai Tzu Ying (2014, 2017, 2020), Chen Yu Fei (2019), An Se Young (2021) and Akane Yamaguchi (2016). The others are no mean achievers either – He Bing Jiao had possibly the best year of her career with four titles; Ratchanok Intanon was consistent as always, while both Busanan Ongbamrungphan and Gregoria Mariska Tunjung will be tricky opponents for higher-rated opponents.

Men’s Doubles is Most Even

Of the five categories, men’s doubles appears to be the most evenly-matched, with not much separating the eight pairs. Although Fajar Alfian/Muhammad Rian Ardianto, given that they won four titles this season, can be considered slight favourites, this is a field in which any one of the eight pairs could finish winners.

Meanwhile, Hendra Setiawan, seeded second with Mohammad Ahsan, continues on his remarkable journey – the Indonesian had featured in the very first finale of the Superseries era – the BWF Super Series Masters Finals in 2008 – with then-partner Markis Kido.

Japan have been a force in women’s doubles for several years now, so it’s unusual to see a major event without any Japanese in the women’s doubles draw. Chiharu Shida/Nami Matsuyama were eligible, but declined, allowing Apriyani Rahayu/Siti Fadia Silva Ramadhanti in ninth place to accept the vacant slot. The Indonesians had a great year, winning the Malaysia and Singapore Opens, and are strong contenders for the title.

Axelsen Vs the Pack

Men’s singles, essentially, is about Viktor Axelsen and the rest. And while Axelsen has appeared super-human at times, he will be wary against opponents like Loh Kean Yew and Prannoy HS, both of whom have beaten him over the past 12 months. While Prannoy beat him at their last meeting, in the second round of the Indonesia Masters in November 2021, Loh has twice got the better of Axelsen, at the BWF World Championships last December, and the Denmark Open this year. However, Axelsen quickly bounced back from the last defeat, and got his revenge at the French Open a few days later.

Atop the Totem Pole

Mixed doubles has a clear hierarchical look about it, with Zheng Si Wei/Huang Ya Qiong at the apex, defending champions Dechapol Puavaranukroh/Sapsiree Taerattanachai and Wang Yi Lyu/Huang Dong Ping a rung below, followed by Goh Soon Huat/Lai Shevon Jemie and Tan Kiang Meng/Lai Pei Jing, Rinov Rivaldy/Pitha Haningtyas Mentari, Thom Gicquel/Delphine Delrue and Supak Jomkoh/Supissara Paesampran. For defending champions Puavaranukroh/Taerattanachai, it will be an opportunity to make a statement on home turf.