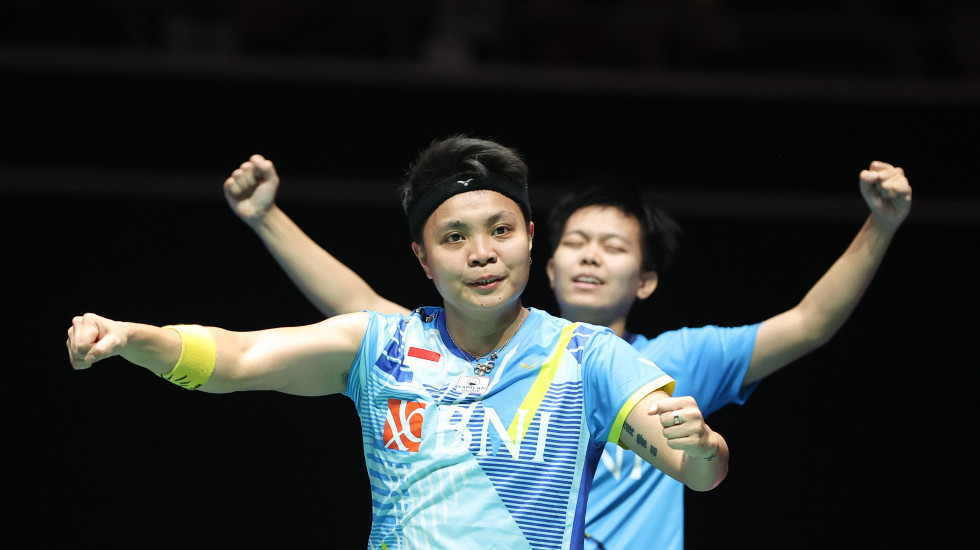 For a powerhouse like Indonesia, it’s a peculiar fact that, outside of men’s doubles, they don’t have a title in any other category at the season finale (Superseries or World Tour Finals) since 2008.

This time they have a chance to break new ground, with qualifiers in all five categories.

Seasoned campaigners Mohammad Ahsan/Hendra Setiawan won for Indonesia three Finals crowns, in 2013, 2015 and 2019. While they had another outstanding season, it will rankle them that they couldn’t take a title despite being in four finals, including the All England and the World Championships. Bangkok presents a final opportunity, to finish the season on a high.

Their younger compatriots, Fajar Alfian/Muhammad Rian Ardianto, came into their own this year, winning four titles from eight finals. Men’s doubles has the most level field in the competition, but Alfian/Ardianto’s record this season makes them slight favourites.

The other strong Indonesian title contenders in the paired events are Apriyani Rahayu/Siti Fadia Silva Ramadhanti. The Indonesians enjoyed a great first season together, starting with a final at the Indonesia Masters, and winning titles at the Malaysia and Singapore Opens. Their all-out aggressive style, somewhat unusual in women’s doubles, makes them a spectacular pair to watch.

Rinov Rivaldy/Pitha Haningtyas Mentari are the Indonesian representatives in mixed doubles, with their best this season being a runner-up spot at the Malaysia Masters. Given the dominance of the top three pairs in the category, there will be comparatively less pressure on Rivaldy/Mentari, and that could provide them the window for an upset or two.

Indonesia have redoubtable strength in men’s singles, in the form of Jonatan Christie and Anthony Sinisuka Ginting. Christie made three straight finals early in the year, while Ginting celebrated titles at the Singapore and HYLO Opens.

With Viktor Axelsen such a formidable presence in men’s singles, it will be interesting to see how Christie and Ginting fare should they cross paths with the favourite in the year’s final event. Ginting has lost all five matches to Axelsen this year, all one-sided affairs, while Christie too couldn’t hurt the Dane in their lone encounter. Will they arrive in Bangkok with some different weapons in their arsenal?

Indonesia’s challenger in women’s singles, Gregoria Mariska Tunjung, will take heart from a year in which she showed plenty of heart. If in past seasons she hasn’t quite lived up to her potential, in 2022 she was far more combative, even recording back-to-back wins over Akane Yamaguchi in Malaysia. Making the final in the last qualifying event helped her make the list to Bangkok after the withdrawal of Pusarla V Sindhu. Tunjung won’t be among the favourites in women’s singles, but that could suit her just fine, and if she tunes into the sort of form she showed in Malaysia, there could be some surprises in store.