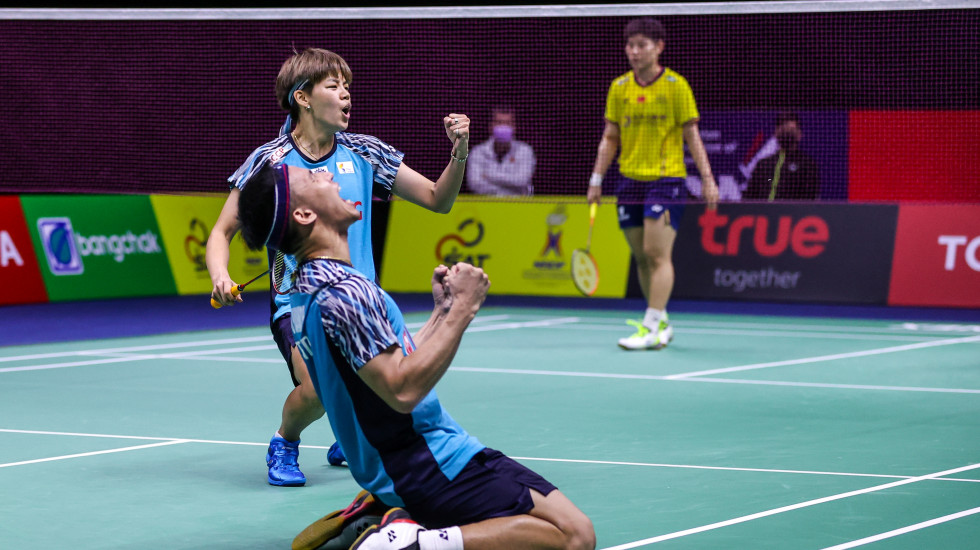 Puavaranukroh & Taerattanachai are among the favourites in Bangkok.

The Thais have two representatives each in women’s singles, women’s doubles and mixed doubles; what will enthuse home fans is the presence of two upcoming pairs who have qualified alongside more experienced compatriots.

The Aimsaard sisters, Benyapa and Nuntakarn, aged 20 and 23 respectively, were not familiar faces on the World Tour before the start of this season. With their title win at the India Open, the Aimsaards began the year on an auspicious note, and eventually proved they belonged in the top league. Runners-up at the Korea and Australian Opens, and winners at the Vietnam and HYLO Opens, the Thais have enjoyed a meteoric rise, even eclipsing their senior compatriots Jongkolphan Kititharakul/Rawinda Prajongjai, who qualified in sixth place.

Kititharaul/Prajongjai had another consistent year, making four semifinals and a final, and even achieved their “dream” of beating the world’s best pair, Chen Qing Chen/Jia Yi Fan, at the Indonesia Open.

The other emerging Thai pair at the Finals will be Supak Jomkoh/Supissara Paewsampran, who frequently downed higher-ranked opponents. While they have been around for a while – Jomkoh is 26, Paesampran is 23 – this was a year in which they made their presence felt. Among their victims were Mark Lamsfuss/Isabel Lohau (All England); Goh Soon Huat/Lai Shevon Jemie (Indonesia Masters); Yuta Watanabe/Arisa Higashino (Malaysia Masters), and Seo Seung Jae/Chae Yu Jung (Denmark Open). At the World Championships, they nearly upset Zheng Si Wei/Huang Ya Qiong before the Chinese wriggled out of a tight spot.

Their seniors in the category – defending champions Dechapol Puavaranukroh/Sapsiree Taerattanachai – have had an on-and-off year. While they made five finals and won three, they also suffered some early exits, including a second round loss at the World Championships. Should they find form, they can produce the fireworks to match favourites Zheng Si Wei/Huang Ya Qiong and Olympic champions Wang Yi Lyu/Huang Dong Ping.

The most popular home challenger will doubtless be Ratchanok Intanon, who has the opportunity to win her biggest title on home turf. Intanon’s high point was the Malaysia Open, where she beat three Chinese on three days, including Chen Yu Fei in the final – only her third defeat of the Olympic champion in 19 matches.

And with Intanon’s hard-working compatriot Busanan Ongbamrungphan also in the draw – the 26-year-old can look back at a season in which she made the top 10 of the World Rankings – everything is set for a blockbuster week for badminton aficionados in Thailand.