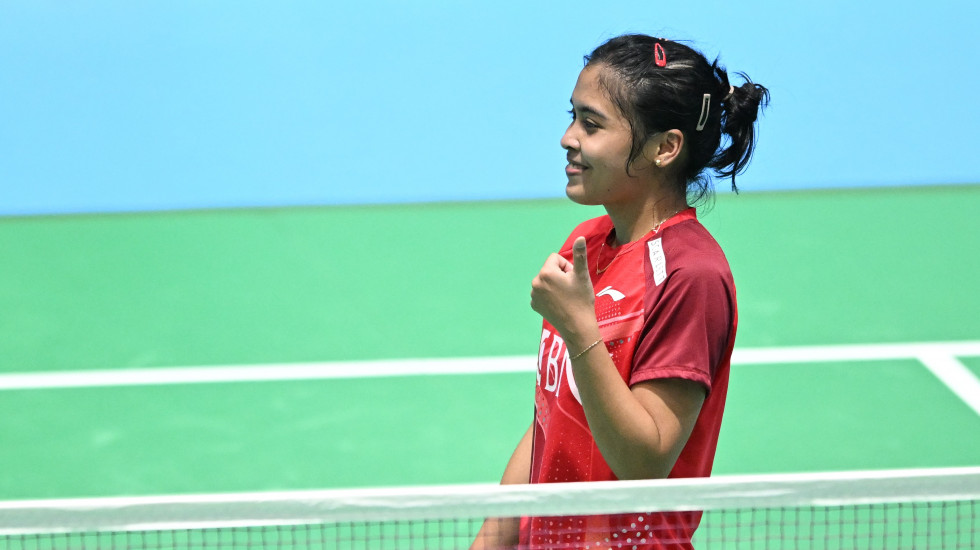 It was only two weeks ago that Gregoria Mariska Tunjung lost to Han Yue in a semifinal.

In the SATHIO GROUP Australian Open 2022 last four battle today however, Tunjung orchestrated a three-game takedown of the Chinese world No.12, impressively after going 1-0 behind.

“I learned from the mistakes I made in Germany. I opted the ‘play safe’ approach and it was key to me winning,” the Indonesian told Badminton Oceania at the end of her 18-21 21-16 21-14 victory.

“Play wise, I didn’t change much (from HYLO). My aim was to reduce the errors.

“I dropped the opener but didn’t let the pressure affect me. I managed to get my act together to take the next two games and advance.”

It means the 2017 world junior champion is finally through to her first HSBC BWF World Tour final, where she plays top seed An Se Young.

“I’m happy with this achievement. I thank the fans for their support. It felt like playing at home.”

“We were in control of our emotions. Being calm, we could play our game,” said the younger Benyapa, who won the HYLO Open with Nuntakarn on 6 November. In the final tomorrow, they take on Zheng Yu/Zhang Shu Xian.