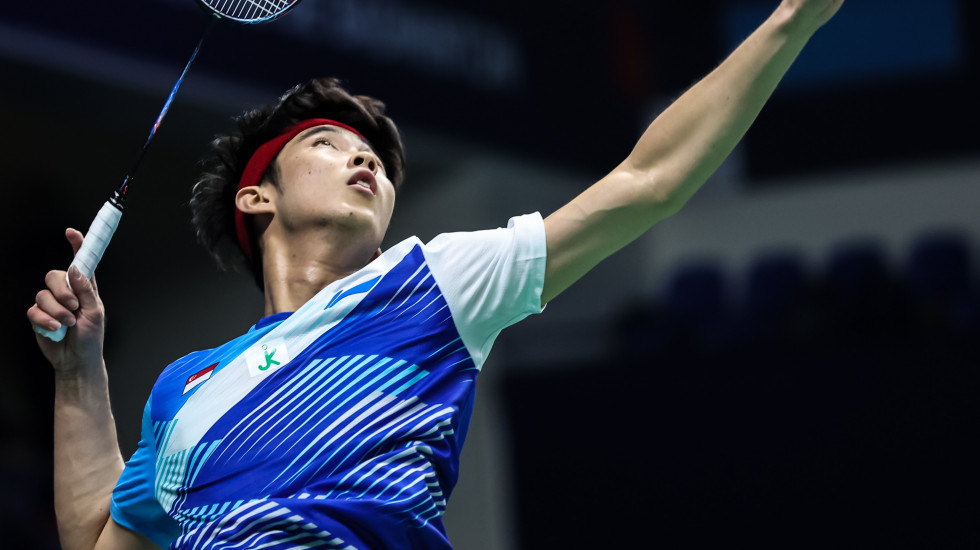 Just two events – the ongoing HYLO Open 2022 and the SATHIO GROUP Australian Open 2022 – remain for qualifiers to the HSBC BWF World Tour Finals 2022 to be decided.

Those on the borderline of qualifying will therefore be keen for a strong showing at the two events.

Several of those hoping to qualify for the season finale are in action this week at the HYLO Open, including Anthony Sinisuka Ginting (No.6), Lu Guang Zu (No.8) and Loh Kean Yew (No.9).

Leading the Race to Guangzhou in men’s singles is world champion Viktor Axelsen, who won his fifth World Tour title of the year in Paris on Sunday, followed by HS Prannoy, Chou Tien Chen and Jonatan Christie.

Japan’s Kodai Naraoka, the surprise package of the year so far, is currently ranked No.5. Naraoka moved up by three places on the HSBC Race to Guangzhou Rankings following his semifinal finish at last week’s YONEX French Open.

In women’s singles, He Bing Jiao’s French Open victory saw her move up by two places to No.3 on the Race to Guangzhou Rankings, behind No.1 Chen Yu Fei and No.2 Tai Tzu Ying.

While No.9 Akane Yamaguchi is guaranteed qualification as the reigning world champion, Busanan Ongbamrungphan (No.8) and Han Yue (No.10) are playing the last two events and will look to clinch their spots.

An Se Young and Ratchanok Intanon are currently in the top six, and while they aren’t in action this week, they are the top two seeds at the Australian Open.

The race is tight further down, with not much separating the pairs from No.6 (Takuro Hoki/Yugo Kobayashi) to No.10 (Choi Sol Gyu/Kim Won Ho). Satwiksairaj Rankireddy/Chirag Shetty’s French Open win saw them progress to No.12; the Indians are playing both at HYLO and the Australian Open, and still have a shot at qualifying, especially because of the two-player/pair limit on qualifiers from the same country.

Similarly, Pearly Tan/Thinaah Muralitharan did a world of good to their chances by winning the French Open, which helped them move up three places to No.7. Behind them, at No.9, are Malaysia’s Vivian Hoo/Lim Chiew Sien, who are playing the last two qualifying events, unlike the No.8 Indonesians Apriyani Rahayu/Siti Fadia Silva Ramadhanti.

In mixed doubles, two Malaysian pairs – Goh Soon Huat/Shevon Jemie Lai and Tan Kian Meng/Lai Pei Jing – have done well for themselves, positioned at No.4 and No.5. Supak Jomkoh/Supissara Paewsampran are at No.7, but having not entered the last two events, it could be a tight call for the Thai pair.