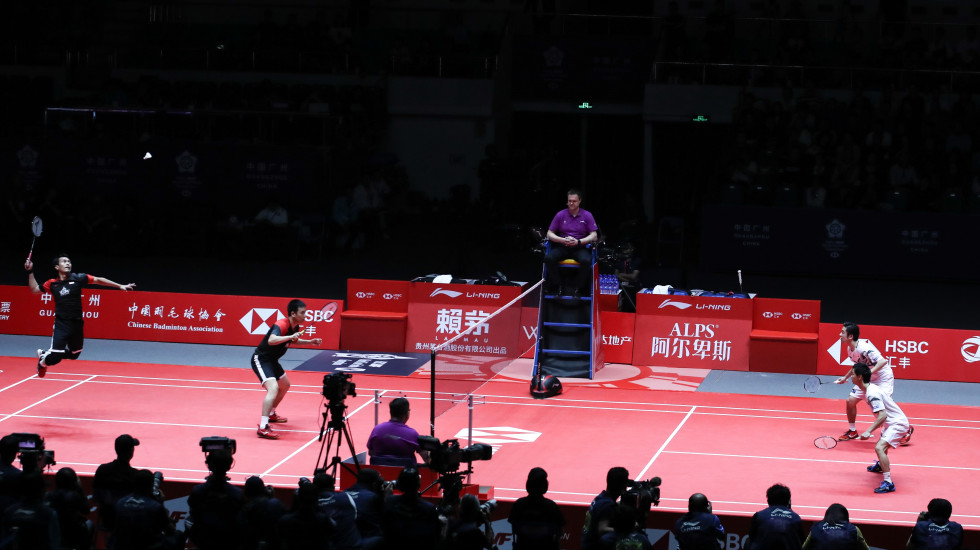 China is set to host its first international badminton tournament since 2019, with the Badminton World Federation (BWF) confirming the flagship HSBC BWF World Tour Finals is heading back to Guangzhou from 14-18 December 2022.

The famed red courts of Tianhe Stadium will welcome the top eight players and pairs in each category at the season-ending finale as they compete for their share of the biggest prize pool ever seen in badminton – US$1.5 million.

BWF Secretary General Thomas Lund said it was a positive step for the sport to see elite level badminton in China once again.

“The HSBC BWF World Tour Finals is one of our most lucrative tournaments of the year and we’re excited to partner with the Chinese Badminton Association, Guangzhou City Government, and our principal partner HSBC, to bring the Finals back to Guangzhou,” Lund said.

“We also thank the government of China for extending its invitation to the world’s top badminton players and we remain confident that our Hosts will deliver a spectacular Finals event with the highest standard of player safety and comfort.

“Guangzhou has staged two spectacular editions of the HSBC BWF World Tour Finals in 2018 and 2019 and we look forward to putting on another grand show for our loyal fans in China.”

“Unfortunately, it was not possible to move forward with plans to stage the two tournaments in Changzhou and Fuzhou,” he said.

“It’s been a vital year for badminton and we’re extremely proud we have been able to deliver a majority of our HSBC BWF World Tour stops.

“The focus now turns to the remaining HSBC BWF World Tour and BWF Tour tournaments with big points on offer over coming weeks.”

The list of athletes qualified for the HSBC BWF World Tour Finals will be confirmed on 22 November after the conclusion of the SATHIO GROUP Australian Open 2022.