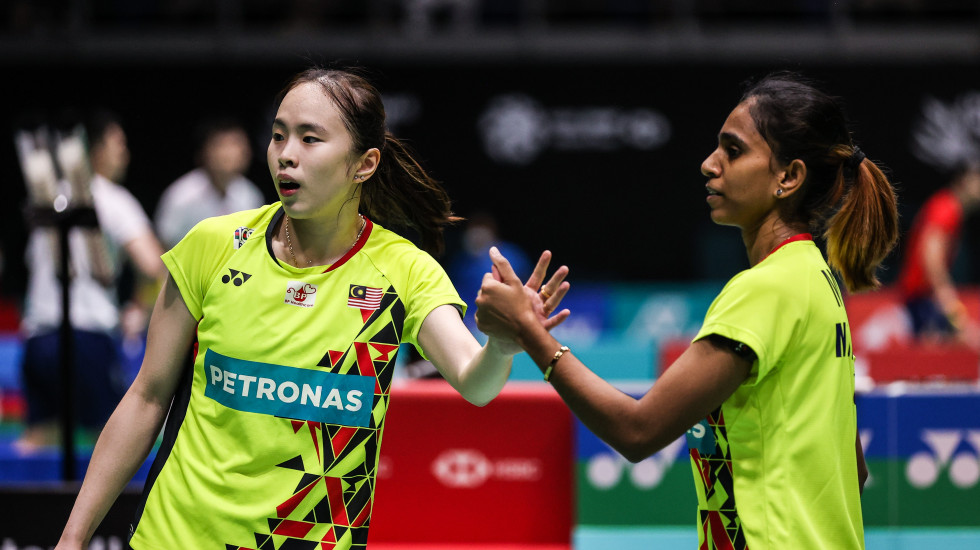 They might not have a title yet this year, but consistency is kicking in for Pearly Tan and Thinaah Muralitharan. As they head to the Commonwealth Games, the Malaysian world No.11 duo are strong contenders for gold.

They’ve been in three semifinals in their last five events, besides two quarterfinals earlier this year. More importantly, their wins against quality opposition is indication that the big titles might not be too far away.

Arguably the most important of these wins was against Apriyani Rahayu/Siti Fadia Silva Ramadhanti, the Indonesian duo who have been on fire since they paired up in May. Rahayu and Ramadhanti have won three of four finals in the six tournaments they played, and with a relentless attacking style somewhat unusual in women’s doubles, they’ve taken the category by storm. Yet, in the quarterfinals of the PERODUA Malaysia Masters 2022, Tan and Muralitharan gave as good as they got, and their own attacking prowess won the day. It was fast-paced, exciting badminton.

“They looked very prepared from the start and were more switched on than us,” said Rahayu, unstinting in her appreciation of her opponents.

“We know they are aggressive, so we wanted to be even more aggressive, but also stay calm. Sometimes we are aggressive but we can be clumsy,” said Muralitharan, who had a standout performance at the net, where she got the shuttle to die off the tape time and again.

“We did well because we stayed focussed and stayed aggressive. But there were times when we were rushed and we need to address that,” said Pearly Tan. “Last week we were a bit rushed to end the game. We kept reminding ourselves to stay calm. We did well, but still there’s room for improvement.”

If 2021 was the year they first caught the attention of fans starting with their performance at the Asian Leg in January (they made two quarterfinals), this year has seen them consolidate, and become a more stable pair. With the TotalEnergies BWF World Championships 2022 coming up, the Malaysian duo appear well placed for a strong showing in Tokyo.