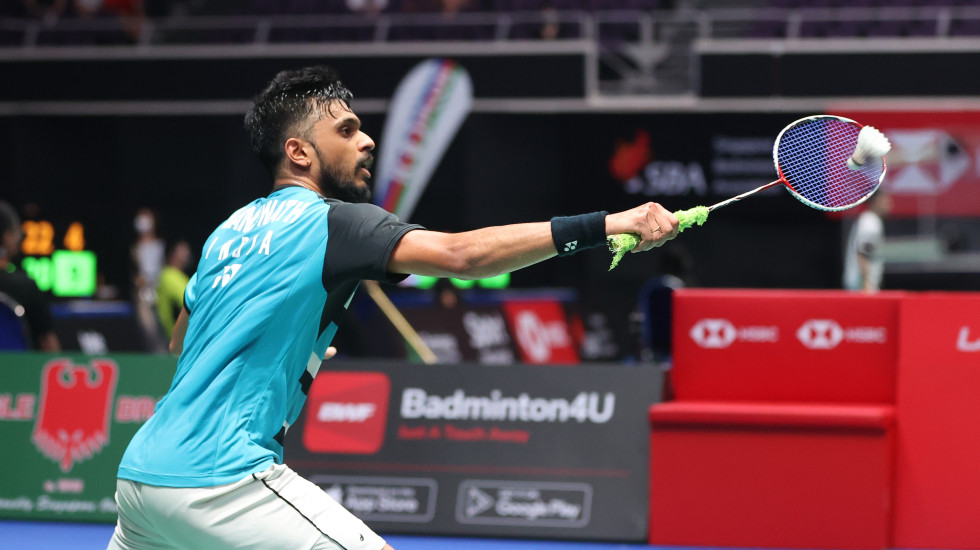 Three top-of-the-lung screams followed by a pumped fist were enough to tell spectators at the Singapore Indoor Stadium what a win over Kidambi Srikanth meant to Mithun Manjunath.

In the post-match interview, an elated Manjunath said: “He’s my favourite Indian player. Beating him is a big moment, that too at an event of this magnitude. I played a fantastic match in very tricky conditions against the best player in India.

Asked how he pulled off the result, the world No.77 said: “I managed the drift well. I kept the shuttle in the middle, not to the lines because the drift was going out. Once I had the momentum, I just had to maintain it.”

Yang said Wardoyo coming into the tournament on the back of his success was a blessing in disguise.

“It took a bit of pressure off me and I was able to take advantage of that,” said the Canadian ranked three places above his world No.34 opponent.

“He has a good net spin and attack so I had to be ready for that. I watched his matches from last week and that helped a lot. I was able to control the shuttle and his shots weren’t as good as they usually are.”