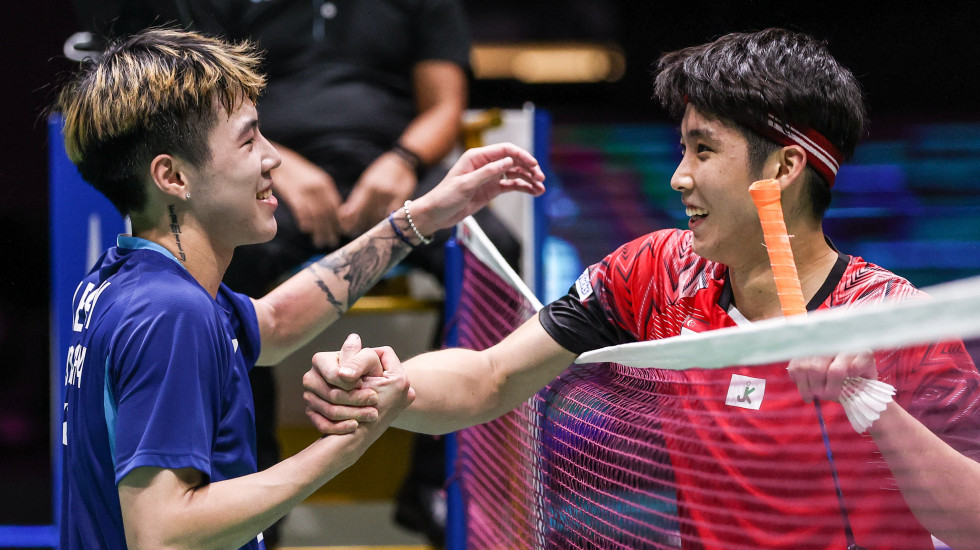 Lee Cheuk Yiu has a new mantra that has worked well for him lately. It worked at his last event in Indonesia, where he beat Chou Tien Chen in straight games on his way to the quarterfinals.

Today, at the PETRONAS Malaysia Open 2022, he was solid against world champion Loh Kean Yew, giving little away in a 21-19 21-12 result; the feature of his game being his willingness to bide his time in the rallies.

The quarterfinal at the Indonesia Open was his first since the French Open 2021, which was followed by a succession of early defeats; Lee chalked his improved performance down to his determination not to rush things, and to his training stint in Dubai with Viktor Axelsen.

“Last week I was too excited when I won the second game,” he’d said in Jakarta. “This time I controlled my mind and try to calm down a bit, and not rush, and play point by point.

That was in evidence today too, in the match between two of the most attacking players on the circuit.

“The wind from my side was very strong in the first game,” said Lee after beating the world champion. “My confidence went up when I won the first game, that’s why in the second I was not scared to play anything.”

His training stint in Dubai before the two events in Indonesia, he said, had made a difference. “Viktor called me (to Dubai). I was very happy that he invited me and I enjoyed it. It’s good environment. The focus there is on what we play during the match, so I felt it was very good training.”

Incidentally, Loh Kean Yew too is a prominent part of the group that trains in Dubai, and Lee admitted it was awkward to take on someone who was close off-court.

“Training in Dubai together, we know each other so well, we’re very close outside the court. No matter who wins or loses, we enjoy the game; maybe the next time he could beat me.

“It’s difficult to play someone you know so well. But this is a game, no matter how close you are, to play well on court is the way to show respect to each other.”

A disappointed Loh struggled to come to terms with the defeat: “I’m quite disappointed with my game. He’s always a tough opponent, but it’s more my game that I’m concerned about. There were a lot of bad habits in there that I need to change.”

♦ The upset of the day was world champion Akane Yamaguchi’s capitulation to Gregoria Mariska Tunjung, 21-14 21-14.

♦ Uber Cup heroine Sim Yu Jin had two match points against Ratchanok Intanon, but the experienced Thai turned it around, 24-26 21-4 22-20.