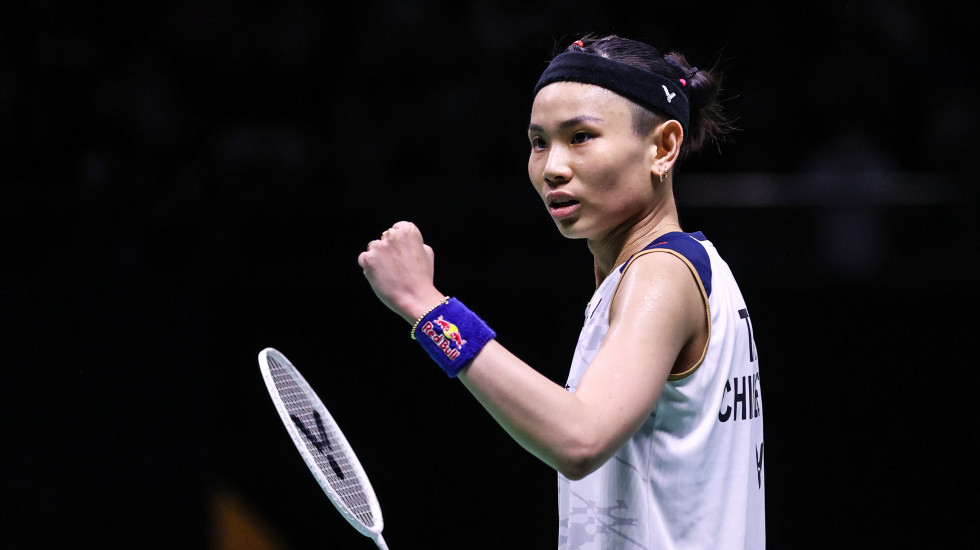 The world No.2, who had fallen just short in the Olympic final, captured her first title of 2022 with a commanding performance in the deciding game.

Keeping a quick tempo throughout, Tai controlled the shuttle brilliantly in difficult conditions and took the match away from the Olympic champion with some spectacular winners. Although erratic at times, she never eased up the pressure on Chen, capitalising on her openings to take the title, 21-15 17-21 21-12.

Lee Zii Jia won his second straight title after surviving a close battle against Li Shi Feng, following up on his success at the Badminton Asia Championships.

The Chinese qualifier very nearly got the better of the more experienced Malaysian, holding match point at 20-19 in the third. Lee played a great point to level at 20-all, and stayed proactive to create the opportunities on the next two points to finish on a winning note at 17-21 21-11 23-21.

♦ The closest contest on finals day was the all-Japanese women’s doubles between Nami Matsuyama/Chiharu Shida and Mayu Matsumoto/Wakana Nagahara. The third game was particularly tight, with neither pair managing a lead of more than a point after 15-all. Matsumoto/Nagahara had four match points before Matsuyama/Shida converted their own second opportunity: 17-21 21-15 26-24.

♦ Zheng Si Wei/Huang Ya Qiong, who had split up earlier this year before coming together once again, won their first World Tour title since January 2020, outplaying world champions Dechapol Puavaranukroh/Sapsiree Taerattanachai in an exciting final, 21-12 18-21 21-14.

♦ The only final not to go the distance was the men’s doubles. Fajar Alfian/Muhammad Rian Ardianto retired in the first game against world champions Takuro Hoki/Yugo Kobayashi, who claimed their first title of the season.