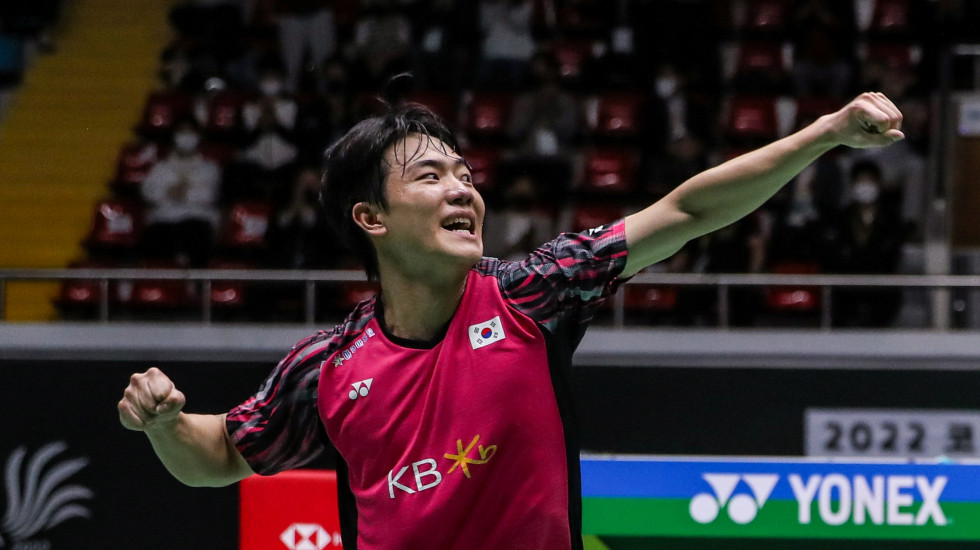 Playing only their third tournament as a pair, Kang Minhyuk and Seo Seungjae achieved a dream result on home soil, winning the Korea Open Badminton Championships 2022, and in the process wrapped up the third title for the hosts on the final day.

The two were paired together in November 2021 and won one match in two events of the Bali leg. This week, having beaten the likes of Satwiksairaj Rankireddy/Chirag Shetty and Mohammad Ahsan/Hendra Setiawan in previous matches in three games, Kang/Seo lost the opening game of their final against Fajar Alfian/Muhammad Rian Ardianto but bounced back, 19-21 21-15 21-18.

Korea were in four finals but didn’t have the best start as fourth seeds Ko Sung Hyun/Eom Hye Won were beaten in straight games in the mixed doubles final by Malaysia’s Tan Kian Meng/Lai Pei Jing, 21-15 21-18.

An Seyoung, who had played just one edition of the Korea Open before this, made no mistake in a match she was heavily favoured to win. The Korean second seed outclassed Thailand’s Pornpawee Chochuwong 21-17 21-18.

China’s Weng Hong Yang, the surprise package of the tournament, then put the finishing touches on his extraordinary run as he outplayed Indonesia’s Jonatan Christie 12-21 21-19 21-15.

Kang and Seo made it a memorable home event for fans as they held firm against Swiss Open champions Alfian/Ardianto after a close first game loss.