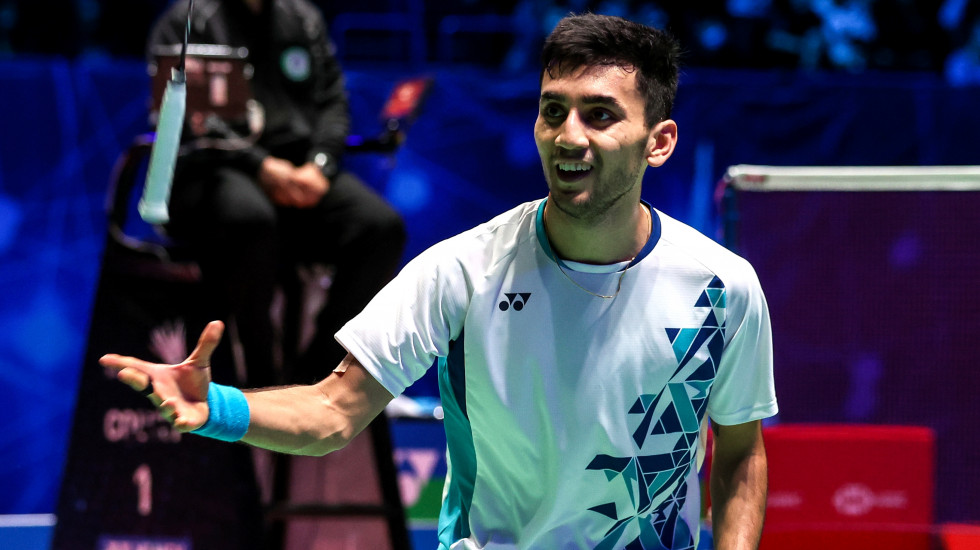 Young Champ Gets into the Groove

When Lakshya Sen made the final of the YONEX All England 2022, there was the sense back home, in the badminton community, that it was somehow ordained – the only surprise was how quickly he was making it happen.

The association with the venerable tournament was hard to miss – Sen, the child prodigy mentored by Prakash Padukone, who was India’s first All England champion in 1980.

The All England has always carried great significance in India, but Padukone’s 1980 win was a booster shot. Like Sen, Padukone too was a child prodigy, bearing the same quiet demeanour on and off court. Padukone was renowned for his net game with which he held off faster and harder-hitting opponents; Sen brought back the same flavour, which he demonstrated to great effect in his semifinal against the monster hits of Lee Zii Jia as he reined in the defending champion with his unerring touch up front.

Unlike many others who chanced upon badminton, or started out with other sports, Sen was born to badminton. He came from badminton stock; his grandfather was a recreational player, his father was a coach, and he remembers starting at the sport when he was five. As a wisp of a lad, he shifted from his hill-town home of Almora to go down south, some 2,300km away, to the Prakash Padukone Academy. Padukone would remark that Sen was more talented than he (Padukone) was at his age.

“I’m always in touch with Prakash sir,” Sen said after he’d beaten Lee Zii Jia. “My net game is influenced by him, he used to play very well at the net. I’ve practised a lot with him, particularly the drop-and-dribble sequence.”

Until late 2021, Sen had no spectacular results to speak of at top-tier events. Even his semifinal performance at the HSBC BWF World Tour Finals was helped by the retirement or walkover of two opponents.

But then it all came together at the TotalEnergies BWF World Championships 2021, where he surged into the semifinals and nearly beat experienced compatriot Kidambi Srikanth. The form he discovered followed him into 2022, as he won his first Super 500 title – a memorable one at that – for he beat newly-crowned world champion Loh Kean Yew on home turf at the India Open.

Yet, the All England was something else altogether, for it had the strongest field of any tournament in two years, and with victories over Anders Antonsen and Lee Zii Jia, Sen showed he is here to stay. Both matches featured his ability to respond tactically; against Lee he trailed through the third game before running up a clever sequence of points to snatch victory. It was a display of mental fortitude, tactical acumen, and physical prowess.

“He’s very fit,” marvelled Lee Zii Jia, an observation made a day later by eventual champion Viktor Axelsen. “I was well prepared… but he played his best.”

“I’m happy that I got the crucial points. It’s a dream and now there’s one more match to go, so I will keep my focus and prepare for tomorrow,” said Sen, unwilling to let the high of making the final overwhelm him.

“During the pandemic there were no tournaments, and I was staying close to the academy, so I didn’t take any off days. All the training I did back then is helping me now.

“Towards the end I was just trying to play one point at a time and not thinking of other things, that I was in a semifinal. Those thoughts were coming in, but I was trying to stay focussed. You go all out in the end, you can’t give him any chances. When there’s a lot of pressure, you can go all out and try to keep the attack. I was clear in my mind that I can’t play loose, and the game strategy was completely different in the last two points.

“At the end it was all about who takes chances and finishing the game.”

It’s still early days in his career, and while it’s hard for anyone to predict how it will pan out, the signs have been promising. His ability to last the distance have impressed his accomplished opponents; on defence he can be spectacular, and he can play a steady game for long periods. (Jonatan Christie, in fact, said Sen reminded him of Kento Momota.) While his attack has room for development, he can surprise opponents with his minimal set-up for the smash.

For now, it’s important that Sen heralds the arrival of a new generation that includes Kunlavut Vitidsarn, Li Shi Feng and Christo Popov. Men’s singles is abuzz once again with young talent.

Catch Lakshya Sen in action at the upcoming Korea Open Badminton Championships 2022 (5-10 April), where the sixth seed faces Lu Guang Zu in the first round.