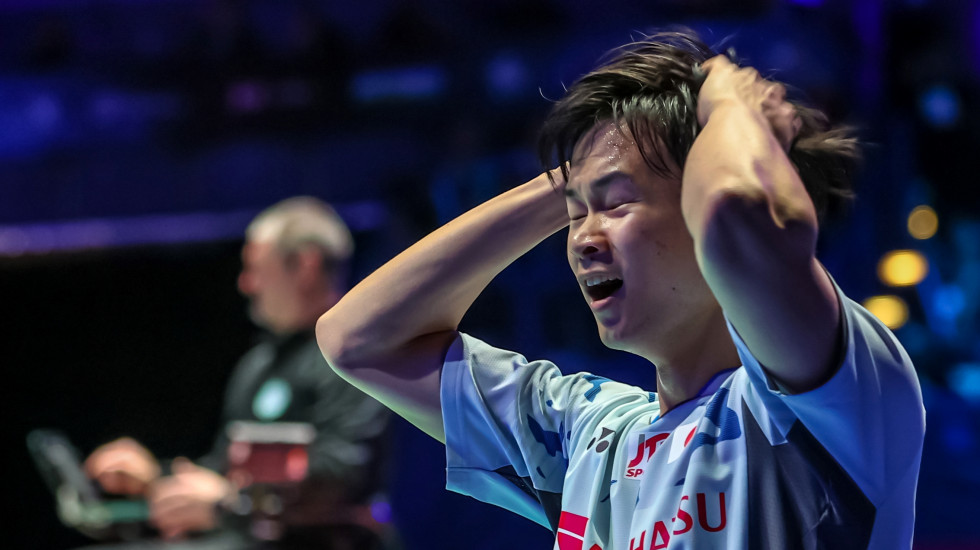 All England: Perfect Day for Japan

Japan didn’t put a foot wrong in three finals at the YONEX All England on Sunday, continuing their strong rebound from the disappointment of Tokyo 2020.

While they have had other three-title hauls in the post-Olympic period – at the Denmark Open, French Open and Indonesia Masters – the All England was different, for the draws were stronger, featuring all the big names, particularly from China.

Akane Yamaguchi led the charge, continuing to ride the momentum she’s enjoyed in recent months. The speed and force of attack were too much for an opponent she’s had trouble against, even as An Seyoung struggled with control. With her timing off and unable to ping the shuttle with unerring consistency as she usually does, the Korean played a catch-up game all through the 44-minute encounter.

“In terms of timing I made quite a few mistakes and I feel disappointed that I couldn’t show my best today,” said An Seyoung. “The arena is big and the shuttle was moving in the wind, so I wasn’t quite sure how to time my shots. I heard it’s been a while since a Korean last won the All England women’s singles title, so I’m disappointed, but I will come back.”

“I was prepared for a long match,” said Yamaguchi. “I could play my game without being overwhelmed by her. There are many touraments, but the All England is special. I haven’t been in many finals here, and I was able to grasp all the chances I got.”

Yuta Watanabe and Arisa Higashino were up against Olympic champions Wang Yi Lyu and Huang Dong Ping – who had repeated their Tokyo 2020 win over Zheng Si Wei and Huang Ya Qiong in the semifinals. It was a cracker of a match – the best of all five finals – with Watanabe and Higashino eclipsing the Olympic champions for only the third time in 13 encounters, 21-19 21-19. It was their third win from four finals in the last five years – and Watanabe’s fifth title overall, putting him level with Japanese icons Hiro Yuki and Etsuko Toganoo.

“I didn’t know that,” said Watanabe. “I’m far below those names. My intention is to get as close as possible to them. I just want to stay humble and keep aiming higher.”

The women’s doubles was the one final where the Japanese were overwhelming favourites. Chiharu Shida and Nami Matsuyama captured their second Super 1000 title beating new Chinese combination Zhang Shu Xian/Zheng Yu with plenty to spare, 21-13 21-9.