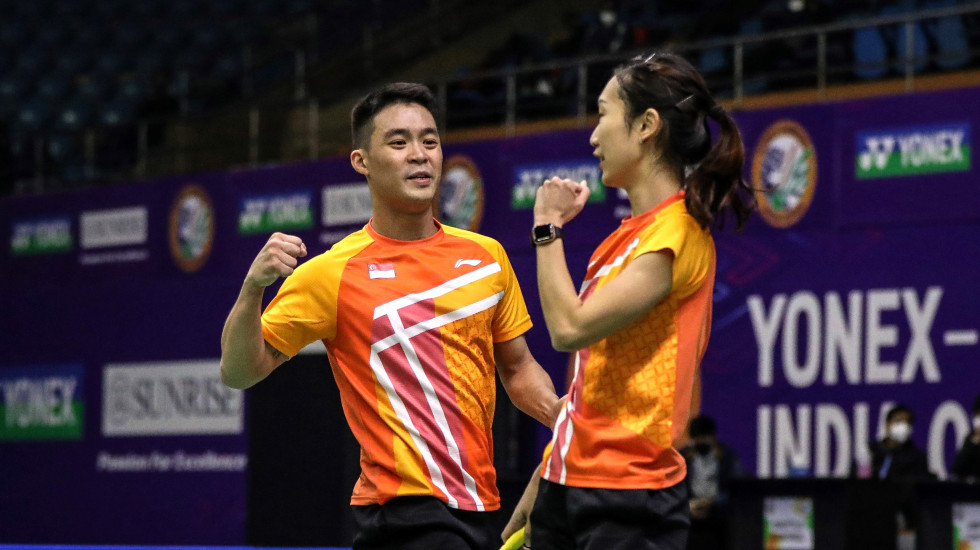 The couple, who married in October last year, had won the Czech Open the same month, but today’s win over Chen Tang Jie/Peck Yen Wei was the biggest of their career. With Terry Hee having missed two years of competitive badminton due to national service, and Tan having battled several injuries, including a shoulder problem that flared up last week, the couple saw the title as vindication of all the hard work they’d put in.

“It means a lot to me specially because I’ve been coping with a  lot of injuries,” said Tan. “And then throughout my badminton career I’ve had ups and down due to my injuries. So to be able to reach a career high of a Super 500 title is really means a lot, that my effort has paid off. One week before I was to fly to India I had an issue with my right shoulder. I was afraid I couldn’t compete. It was a scare for the whole team.”

“It’s a big title for us, because we’ve been out for quite some time and then it’s hard to get back to where we were previously,” said Terry Hee. “We have been working hard. Of course with some luck we got into the final. We played a great game and we’re happy.

In the final today, the Singaporeans had proceedings mostly under control against Chen/Peck. The Malaysians nearly pulled level from 9-16 down in the second, but Hee and Tan shut the door in time.

“In the second game when the scores were getting tight, the nerves were creeping in on us because we both wanted it badly,” said Tan.

“This is a special moment for us as it’s our biggest win,” said Benyapa. “I’m so happy. This is the first time we are in such a final. This will give us experience for bigger events ahead, against better players.”