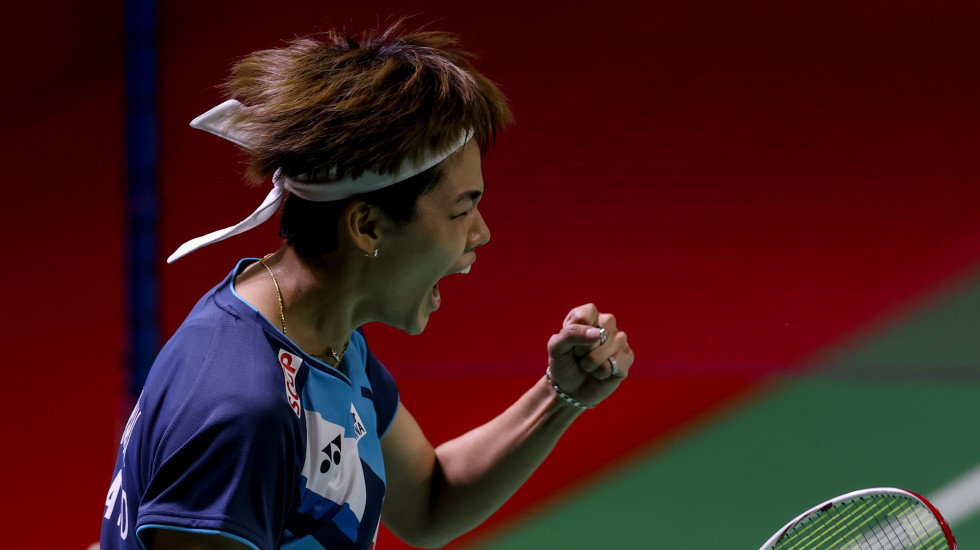 50 Battles and Counting for Super Sapsiree

If anyone had told Sapsiree Taerattanachai that over 75 days, she would play in 50 matches, the likelihood is she would not have believed it.

But that’s exactly the record the 29-year-old has set; from the time she departed for the TotalEnergies BWF Sudirman Cup 2021 in Vantaa, Finland on 22 September until yesterday, the Thai has racked up some serious matchplay time.

Taerattanachai, who competes in women’s and mixed doubles, followed up her time in Finland by competing at the TotalEnergies BWF Thomas & Uber Cup Finals 2020 in Aarhus, Denmark, where she helped Thailand qualify for Uber Cup semifinals.

“This is so crazy,” laughed the shuttler reflecting on her outstanding record. “I think this is the first and last time I will ever play 50 matches in such a short space of time.”

With four titles from six competitions on the HSBC BWF World Tour in as many months along with partner Dechapol Puavaranukroh, the humble Taerattanachai admitted that it’s not just her own spirit that keeps her motivated.

“I have a great team. We talk and support each other a lot. Everyone here in Bali is like my family. We are a team and we are really positive.”

It is a wonder how the world No.2 mixed doubles player stays in perfect condition and injury-free to compete in a tightly-packed tournament calendar.

“It’s because of sports science,” she revealed. “That’s why I stay injury-free. I try to recover after a match as quickly as possible. I always cool down post-match. I’ll eat a banana, run, walk and then take an ice bath. I make sure I eat a lot and get enough sleep, usually six to eight hours a night.”

“I didn’t plan the celebration. But I was thinking about what I wanted to do if we won.”

With a bumper schedule in Europe, plus the “Indonesia Badminton Festival” in Bali – in which she championed at all three competitions – Taerattanachai said she relaxes between matches by “watching movies and heading to the pool or the beach to catch up with friends”.

Is there any stopping this remarkable athlete who eats “noodles and fried rice” for breakfast?

Don’t count on it as Taerattanachai will be back in action at the TotalEnergies BWF World Championships 2021 beginning Sunday with Puavaranukroh and women’s doubles partner Puttita Supajirakul in Huelva.