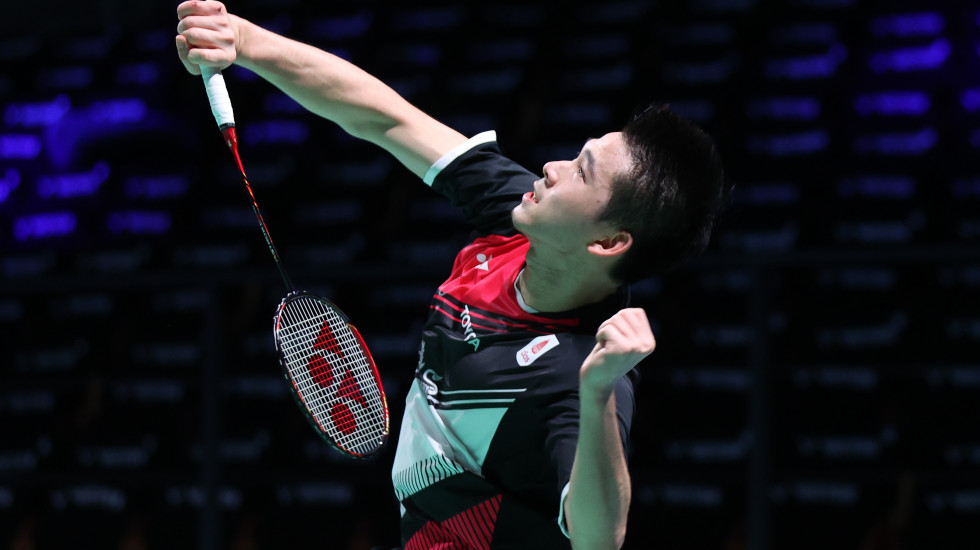 Vitidsarn not Burdened by Ponsana Legacy

Fresh off winning the BWF Most Promising Player of the Year Award yesterday, Kunlavut Vitidsarn is within a match of another special achievement in Bali.

The 20-year-old, whose last four qualification at the HSBC BWF World Tour Finals 2021 means he is only the second Thai men’s singles semifinalist at a season finale after Boonsak Ponsana, now has the chance to go a step further than his idol.

Quizzed if he hoped to go one better than Ponsana, Vitidsarn, who plays Lee Zii Jia today for a place in the final, said: “I’m enjoying badminton and I want to take things step-by-step and not think too much.

“My target coming into the World Tour Finals was always to make the semifinals. I’ve been really focused on my training and studying my opponents.

“Earlier this year, I wanted to play at the Finals in Bangkok but I was No.9 so I missed out. I’m really happy to do so here in Bali.”

Vitidsarn finished second behind Lee Zii Jia to progress from a difficult Group B that also consisted Kidambi Srikanth and Toma Junior Popov. The youngster lost to Lee but won his other two duels.

Hailing from Bangkok, Ponsana first qualified for a season-concluding event at the BWF Super Series Masters Finals in 2009. He appeared at a further three Finals in 2010, 2012 and 2013 and made the semis in 2010.

By qualifying for the tournament proper this year, Vitidsarn had earlier ended his nation’s eight-year wait to have a men’s singles shuttler at a season finale.

If he advances to the title match, he could emulate two other heroes of his – four-time year-end champion Lee Chong Wei and two-time winner Kento Momota.

“My biggest idol is Lee because he was so fast. He had an incredible attack, great defence and no matter where you placed the shuttle, he could retrieve it. He was amazing and Momota is one of my favourites too,” said Vitidsarn.