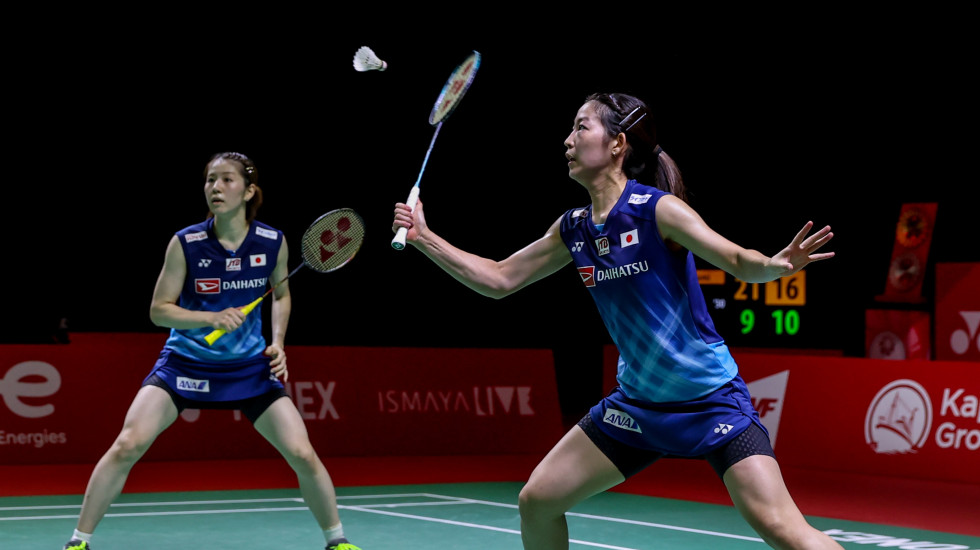 Playing on the front foot against Olympic champions Greysia Polii/Apriyani Rahayu did the trick for Nami Matsuyama/Chiharu Shida as the Japanese pair made their third straight final in Bali today.

“We played them in the Indonesia Masters and we had a game plan coming in,” said Shida post-match. “We raised our attack and put in a lot of speed during the first game.”

They next face Korean pair Kim Soyeong/Kong Heeyong after they were granted a walkover in their scheduled semifinal against Gabriela Stoeva/Stefani Stoeva.

Shida said of tomorrow’s opponents: “At the French Open, we lost to them and I was very disappointed about that, so we will refine things. We want to do our best. Tomorrow is the final for us and we want to give it our all.”

Home favourites Polii/Rahayu admitted they had a tough pill to swallow after a close decider did not go their way.

“It’s a tough loss and a tough acceptance for both of us. I think we need to calm down before heading to the World Championships,” said Polii.