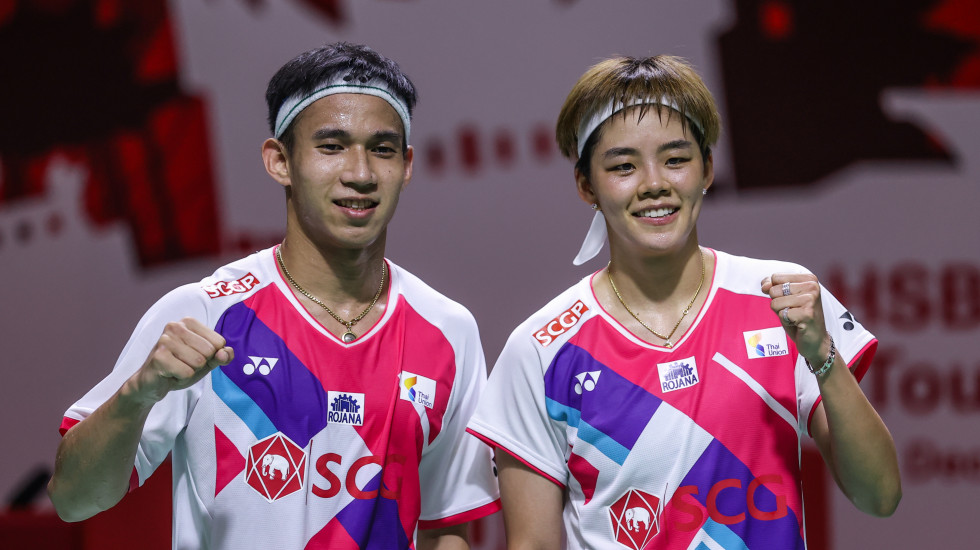 Thais on Target for Another Triple Treat

Dechapol Puavaranukroh and Sapsiree Taerattanachai are just two wins from a unique moment in badminton. History will dictate that the COVID-19 era, season-ending triple headers we have seen in Bangkok and now Bali this year may never be witnessed again. Certainly not both in the same year.

Having claimed a hat-trick of wins at home in January, the world No.2 Thais are in the box seat to repeat that dose. Friday night’s knockout draw for the HSBC BWF World Tour Finals 2021 sees them face Malaysians Chan Peng Soon and Goh Liu Ying in Saturday’s semifinals, a match-up in which they’ve won the last two in.

On the opposite side of the draw are Puavaranukroh and Taerattanachai’s vanquished opponents from the past two weeks at the DAIHATSU Indonesia Masters and Indonesia Open 2021.

The Thais are 3-1 up in the head-to-head over Hong Kong China’s Tang Chun Man and Tse Ying Suet, while they will be brimming with confidence following their breakthrough victory against Olympic bronze medallists Yuta Watanabe and Arisa Higashino in last week’s decider.

A second consecutive HSBC BWF World Tour Finals crown, both strangely in the same year, will certainly help atone for the disappointment of a medal-less Olympics, and ensure they will feature in many a badminton quiz for years to come.

Two other Finals contenders are looking to join them in sweeping the Bali Leg – Japan’s Nami Matsuyama/Chiharu Shida in women’s doubles and Korea’s An Seyoung in women’s singles.