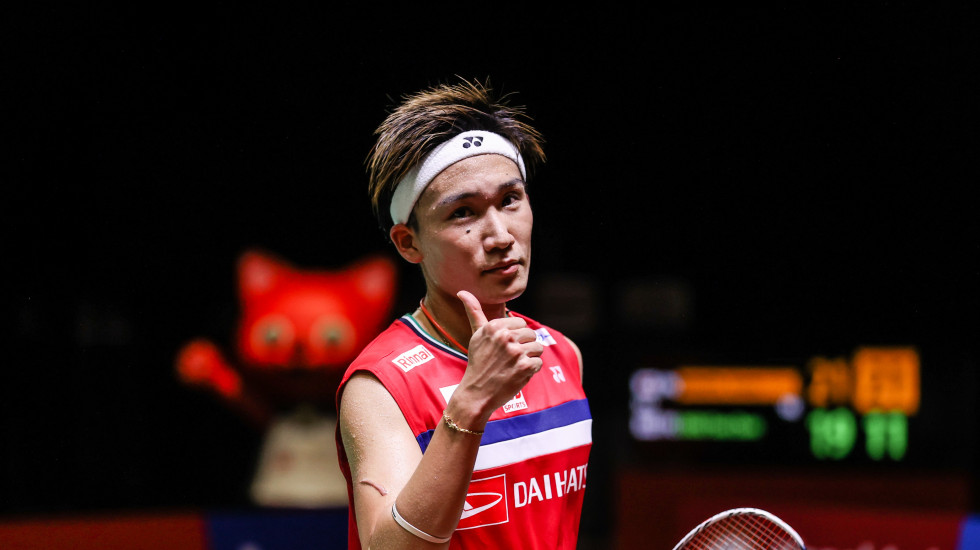 Momota is looking to collect another title on the HSBC WBF World Tour Finals 2021.

Kento Momota has a message for his rivals at HSBC BWF World Tour Finals 2021 – “I want the title”.

The world No.1 is optimistic of a good campaign after the draw this morning placed him alongside India’s Lakshya Sen and Olympic champion Viktor Axelsen in Group A.

The popular Japanese shuttler is in great form following his success at DAIHATSU Indonesia Masters 2021 two weeks ago. It was his first title since he suffered a road accident in Kuala Lumpur after winning the Malaysia Masters in January last year.

“My draw is tough but I just want to do my best in the group stage and after that, I don’t know what will happen. My opponents will feel the same, as in wanting to give and do their best,” he said after the draw. “I want to get the title.”

The world No.2, who has a title from the 2019 World Tour Finals under his belt, is now “feeling better” for the season finale after complaining of fatigue last week at the end of his surprise first round defeat to Loh Kean Yew.

Indian men’s pair Satwiksairaj Rankireddy/Chirag Shetty have certainly surprised themselves by qualifying for the event; they had planned to leave Bali after the Indonesia Open 2021. Their quarterfinal win over Goh Sze Fei/Nur Izzuddin however, helped them pip another Malaysian pair Aaron Chia and Soh Wooi Yik.

“I had to call the airline to change my flight,” laughed Rankireddy. “It’s incredible to qualify for this event. We are looking forward to it.”

“The draw is quite similar to the Tokyo Olympics. We are certainly feeling good, we’ve been playing in the same hall the past two weeks so we know the conditions. We are ready to do our best and the target is to make it out of the group,” revealed Rankireddy.

Men’s singles seed Lee Zii Jia meanwhile, is drawn in Group B to take on the likes of Kidambi Srikanth and Kunlavut Vitidsarn.

“There will be no easy matches this week,” Lee admitted. “My draw looks a little kind. I’m feeling good, strong and my target is to get to the semifinals. That would be great.”