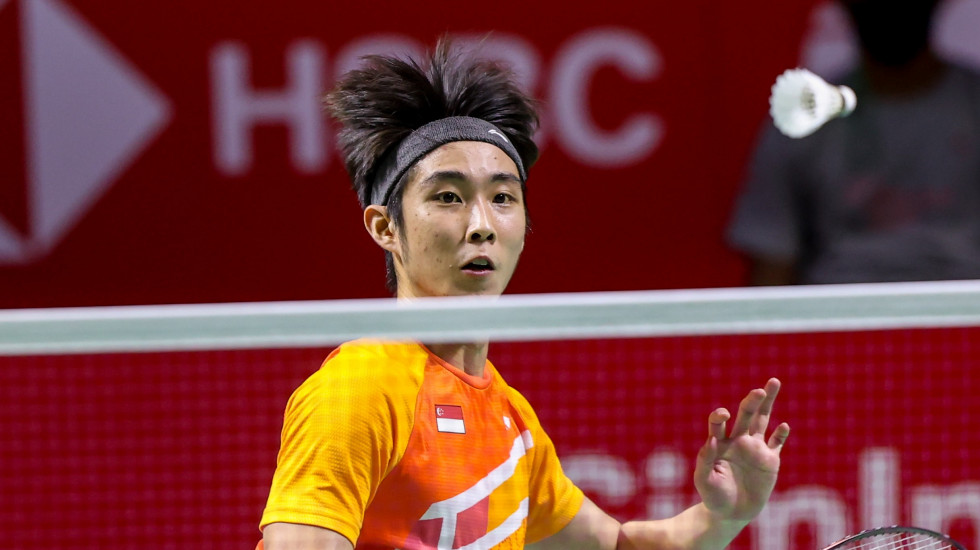 When Loh Kean Yew received a message to attend an invite-only training camp in Dubai with Olympic gold medallist Viktor Axelsen, little did he think three months later he’d be facing his idol and sparring partner cum-mentor in the final of the Indonesia Open 2021.

But upon defeating Rasmus Gemke in today’s semifinal 21-14 21-7 the Singaporean achieved just that setting up a dream date with the world No.2 Dane. However, there’ll be no love lost on the court tomorrow according to Loh.

“Oh definitely, tomorrow we are out to kill each other for sure,” he said tongue-in-cheek.

“It’s definitely surprising though and I’m happy now but as always I can’t be too happy because the battle isn’t over. I need to go back and focus for tomorrow.”

Loh has been in imperious form this week holding off a spirited Kento Momota in round two before breezing past Hans-Kristian Vittinghus and now Gemke without breaking too much of a sweat.

It follows his impressive victory at the HYLO Open 2021 in Germany last month.

But it’s no coincidence that his sharp improvement has coincided with his stay and blossoming friendship with Axelsen.

“I just went to Dubai to do my best in training and learn as much as possible from him. We have been in contact this week. We talk and he’s said ‘good luck’ to me before my matches.

“I sometimes play with his daughter Vega. She doesn’t always want to play with me, but I will play with her,” he laughed.

There’s more riding on tomorrow’s decider though than getting one up over his idol. With victory, Loh will sneak into the top eight qualifiers for the HSBC BWF World Tour Finals 2021.

“I don’t want to think about that. It’s very close already. I don’t want to add any unnecessary pressure. If I get it, I get it, if not, then okay. I’m going to go in, do my best and fight all the way.”