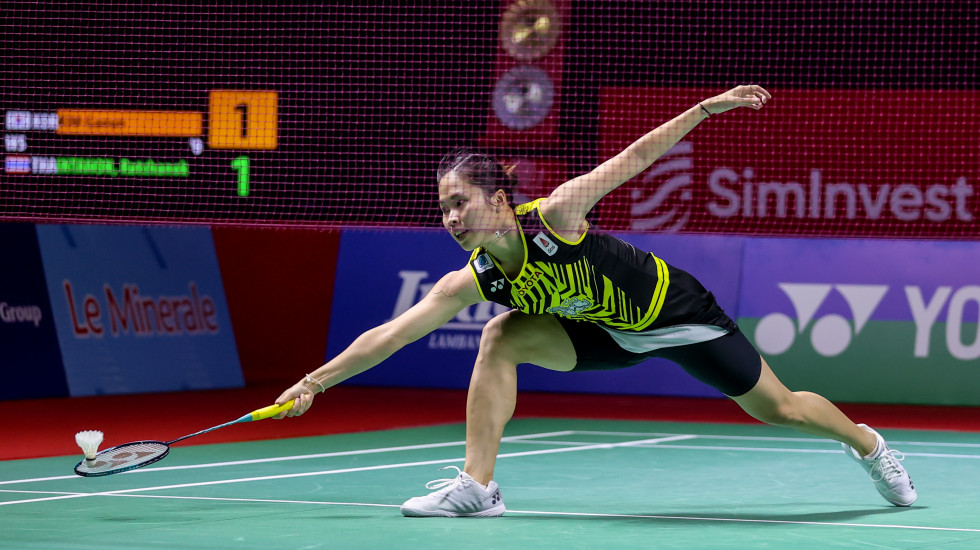 A quietly pleased Ratchanok Intanon said the gradual return of her physical strength has her well placed to launch an attack at December’s TotalEnergies BWF World Championships in Huelva, Spain.

Intanton has been playing the long game these past months, preferring to target the world championships as she regains confidence in her right shoulder.

The Thai has had to deal with the trauma of losing her mother after the Olympics, and then fight through injury-plagued tournaments in Denmark and France.

But in her 21-18 21-12 defeat of Korea’s Kim Gaeun in yesterday’s first round of the Indonesia Open 2021, the world No.8 said she was starting to regain the trust needed to deliver on the difficult points.

“I feel I trust myself more. If I compare from last time at Uber Cup, I was not that strong, but now I’m training hard and treating these tournaments as good training so I can keep my motivation for the world championships.

“Today was exciting for me, because on the tough points, for a long time I would lose my concentration on the game. But today under pressure I focused on what I wanted to do.” said Intanon.

What has helped her narrow her sights on the world championships is the healthy positioning of three other Thai women’s singles inside the top eight in the Road to Bali Rankings.

With only two players from each Member Association eligible to qualify, Intanon is content with taking a backward seat this time and allowing her younger teammates to fight for glory at the HSBC BWF World Tour Finals 2021.

It’s also allowed her to block out the significance of her results and let her focus on using the DAIHATSU Indonesia Masters 2021 and Indonesia Open 2021 as a solid training base to return to her peak fitness.

“My points are not enough for the HSBC BWF World Tour Finals, but I want to congratulate my young teammates [for doing so well]. I have played many times in the World Tour Finals and have learned a lot from that experience. So, I hope they can learn too as it’s [special] to qualify in the top eight.

“I also hope my confidence [in my shoulder] will be 100 per cent [for Spain]. Because after the Olympic Games, some players have not played many tournaments since then, so I think at the world championships it is 50/50 among many of the women’s singles players,” she said.