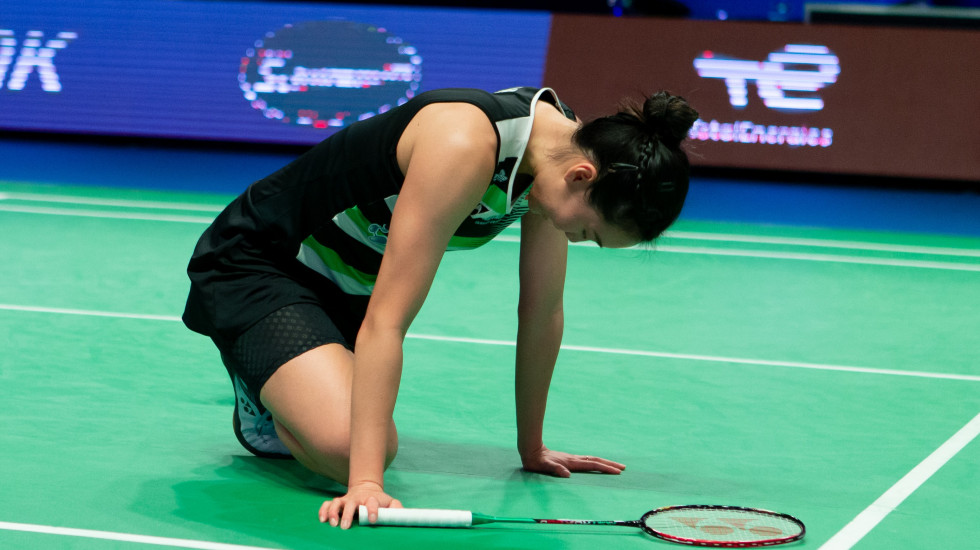 Indonesia Masters: ‘I Had to Learn to Walk Again’

“Neslihan was getting everything back. And my condition was not enough to beat her. It’s disappointing, because I know I can do better.”

Li has been out of form following an injury leading up to Canada’s Uber Cup campaign in Aarhus, Denmark last month.

The 2014 Commonwealth Games gold medallist retired in the second game of her match against China’s He Bing Jiao after losing the opener 21-12 due to injury concerns. Upon returning home from the Tokyo 2020 Olympic Games, Li was forced to move around in a protective boot as part of a treatment to her Achilles tendon.

“I had to learn how to walk. Any sort of running or intensive training, I haven’t done. This Bali experience is quite intense, I’m still getting used to it. For these big tournaments, I need to be at the top of my fitness level and I’m not there yet,” said the 30-year-old.

Despite not being fit, Li continued to serve well and push Yigit to the back court, sending deceptive rallies down the line.

“Even though physically I wasn’t there, I was still trying to fight for every point. I was down a bit but I still tried to focus on one point at a time,” she said.

It took 43 minutes for Yigit to score the win in just their second meeting, having lost the previous encounter.

“I won!” exclaimed Yigit with a big smile. “Li is a really good player but today I won. It was such a good experience.”

Yigit feels she has developed as a player since last playing Li at the XVII Peru International in 2012.

“It has a lot to do with how I’ve developed my mind. I really concentrate and focus (these days) and that has really helped me,” added Yigit.

Li was complimentary of her opponent.

“I’ve been seeing her more at the bigger tournaments. Her game has definitely matured, and her physical condition is very good. She’s very strong. She’s changed quite a bit.”