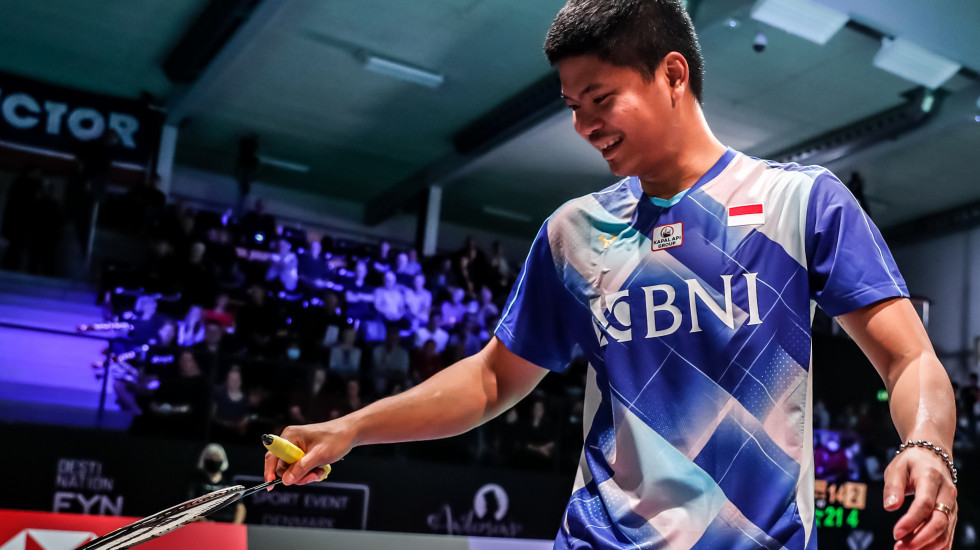 Indonesia Masters: Home is Where Jordan’s Heart is

It has been a long journey and almost two months since Praveen Jordan left Indonesia to seek titles and victory at back-to-back tournaments in Finland, Denmark, France and Germany.

Now back on home soil after a lengthy European leg, which includes the triumphant Thomas Cup campaign in Aarhus, the 28-year-old is in Bali for three consecutive tournaments that kick off with the DAIHATSU Indonesia Masters 2021 tomorrow, declaring he is “glad to be home”.

“It’s home for me because I’m in Indonesia. It’s been too long,” admits the Bontang native.

“I’ve been fighting in Europe for two months. So when I’m home, it’s better because but it’s my responsibility as an athlete to continue to grow and get better.”

Defeated alongside world No.5 mixed doubles partner Melati Daeva Oktavianti in the final of the HYLO Open 2021 by Thailand’s Sapsiree Taerattanachai and Dechapol Puavaranukroh, Jordan believes he still has an Achilles heel to overcome following the European tour.

“I have to admit that after seven weeks on tour, I have a weakness I need to fix. So I will try to do that so I can be ready when I need to play,” he promised.

A home tournament is surely an advantage for the two-time All England champion, and despite a lack of spectators at the Bali International Convention Centre, that won’t discourage Jordan from doing the best for his fans and Indonesia.

“I have the motivation to do well, we both do,” he added.

“Every match means a lot to me and Melati. The first match is the most important to get right. I don’t plan to give away any of my strategies but we are preparing as best we can. In the first round, we will go all out. We want to make sure we win.”

Jordan and Oktiavanti start their campaign against Dhruv Kapila and Reddy N. Sikki tomorrow. It is their first meeting with the Indian pair.