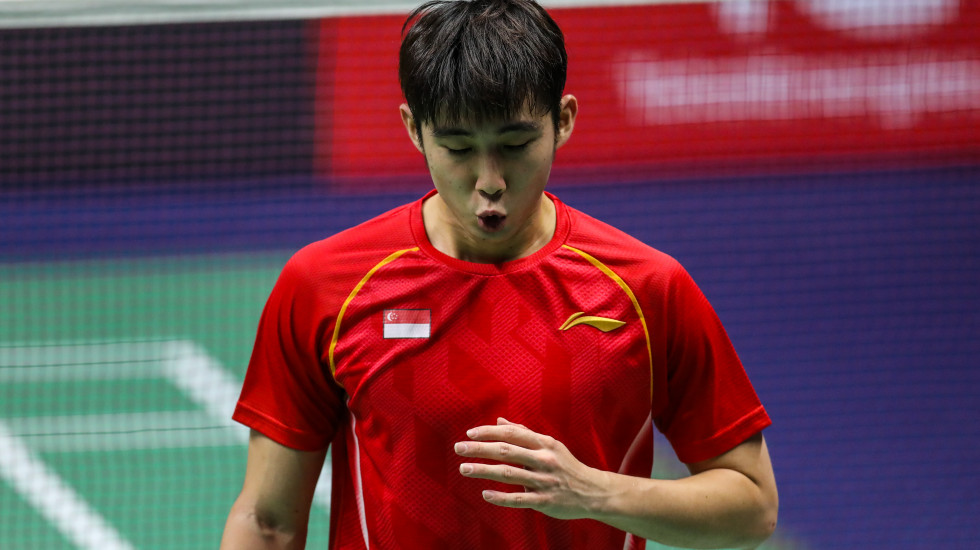 Loh of Losing Luggage to High of Winning

Arriving in Germany ahead of the HYLO Open 2021, Loh Kean Yew felt his trip wasn’t going quite to plan from the get-go. The airline he was travelling with lost his luggage.

“I didn’t have any of my equipment, then I went on to win the final. So yeah, it’s quite interesting,” smiled Loh in Bali, where the Indonesian badminton festival will begin with the DAIHATSU Indonesia Masters 2021 on Tuesday.

“The first two days before the tournament, I didn’t have my rackets. I was borrowing rackets from friends when testing the practice and main hall courts. The shirt was my coach’s and super huge and loose. That’s how I was training,” laughed Loh as he looked back on the German tournament fondly.

It was the first HSBC BWF World Tour Super 500 title for the 24-year-old; he astounded even himself after knocking out the No.1, No.2 and No.5 seeds en route to victory.

“From the first match I’ve been surprising myself. Beating Chou Tien Chen and then Rasmus Gemke and Lakshya Sen to reach the final,” revealed Loh of his enthrallment at being the underdog who rose to the top.

The crown in Germany has seen Loh move up eight places to No.31 on the BWF World Rankings. It leaves him in good stead and confident ahead of the Indonesian tournaments, but Loh is not allowing himself to get carried away.

“There’s a lot of pressure on me,” Loh admits. “But it comes from within as I’ve always wanted to be in the top 10. My ranking is still far from where I want to be. And I will need to overcome some mental barriers to better myself.”

Sparring with the likes of Tokyo 2020 Olympic champion Viktor Axelsen in Dubai earlier this year has worked wonders for the promising Singaporean.

“Training with Viktor helped,” he admits. “It has definitely contributed to where I am today. But even before that, I’ve been working hard on my fitness, including leading up to the Olympics.”

The Indonesia Masters kicks off the three back-to-back Asian leg tournaments in Nusa Dua, Bali. It will be followed by the Indonesia Open 2021 and conclude with the HSBC BWF World Tour Finals 2021.