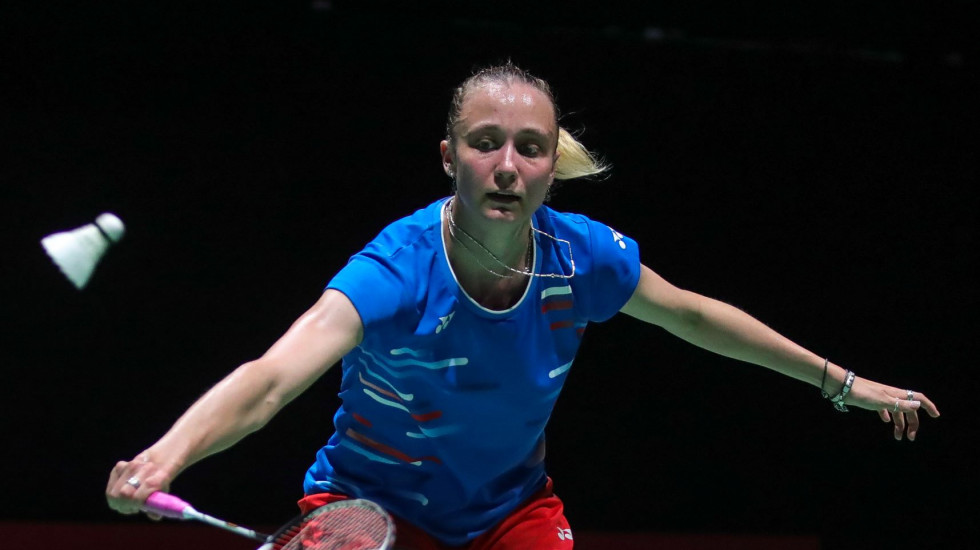 Evgeniya Kosetskaya became the first Russian singles player to qualify for the season finale as she placed seventh in the list of eligible players for the HSBC BWF World Tour Finals 2020.

Also debuting at the World Tour Finals will be her compatriots Vladimir Ivanov/Ivan Sozonov in men’s doubles. The only previous Russian participant was Anastasia Russkikh, at the 2010 edition – she played women’s doubles with Bulgaria’s Petya Nedelcheva.

The HSBC BWF World Tour Finals, which wraps up the 2020 season, will be held this week, from 27 to 31 January 2021. The draw for the group stage will be held tomorrow. (Click here for full list of qualifiers)

Although Kosetskaya, with 26750 points from nine tournaments, was ninth in the HSBC Road to Bangkok Finals Rankings, she qualified along with the tenth-ranked Pusarla V Sindhu as Nozomi Okuhara (seventh) and Busanan Ongbamrunphan (eighth) were not eligible.

Okuhara and the rest of the Japanese team did not travel to Bangkok as men’s singles No.1 Kento Momota had tested positive for COVID-19. Participation in both the YONEX Thailand Open and the TOYOTA Thailand Open was mandatory for qualification to the season finale, since the safety of the Green Zone quarantine bubble during the three-tournament Asian Leg could not be compromised.

Ongbamrungphan missed out as compatriots Ratchanok Intanon and Pornpawee Chochuwong were ranked ahead of her. Each Member Association can have a maximum of two participants per category.

Carolina Marin, winner of the YONEX Thailand Open and the TOYOTA Thailand Open held over the last two weeks, qualified in first place with 73,820 points, ahead of YONEX All England champion Tai Tzu Ying in second and Indonesia Masters champion Intanon in third.

The other qualifiers are Korean teen An Se Young – who will debut at the World Tour Finals; Pornpawee Chochuwong, also a debutant, and Michelle Li.

In men’s singles, Kidambi Srikanth, who missed the TOYOTA Thailand Open due to quarantine regulations, has qualified in seventh place. All sanctions have been lifted and no team is considered “high risk” any more.

Men’s singles will see Lee Zii Jia make his debut at the season finale; the Malaysian, who was semifinalist at the All England, qualified in eighth place.

Ranking points from nine tournaments were considered to make the qualifying list of the World Tour Finals.

Here are the debutants at the season finale in the paired events: