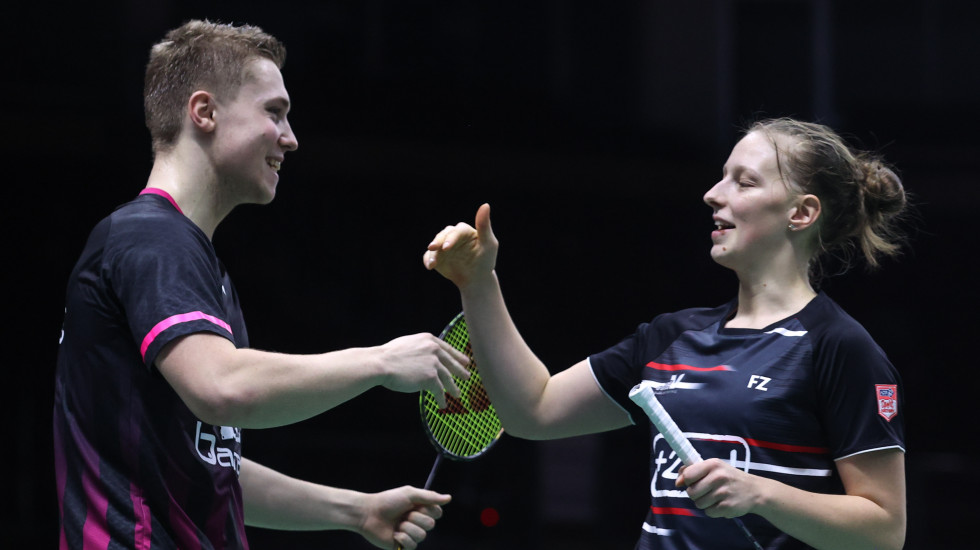 Thom Gicquel and Delphine Delrue will have a chance to avenge their defeat last week.

They have only just started to make their presence felt at the elite level, but Thom Gicquel and Delphine Delrue are confident that they belong. 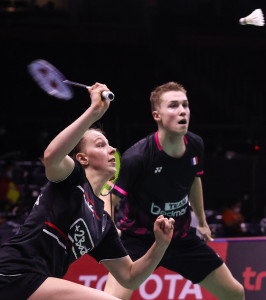 Today the French pair made yet another big statement of their ability, taking down world No.11 duo Tan Kian Meng and Lai Pei Jing 21-16 21-15 to make the quarterfinals of the YONEX Thailand Open.

Having climbed up to world No.15 on the back of a terrific – if truncated – season last year, the French duo are gaining in confidence. A semifinal at the Indonesia Masters 2020 – they beat Dechapol Puavaranukroh/Sapsiree Taerattanachai and Praveen Jordan/Melati Daeva Oktavianti on the way – was the affirmation they sought.

Then, in February, they were in the final of the Barcelona Spain Masters.

An ankle injury to Gicquel forced them to skip the Denmark Open and the SaarLorLux Open, and Gicquel said they’d spent the time away from competition building themselves physically.

“We did a lot of physical training. We didn’t have the bodies of top players before that,” said Gicquel. “Today we had a very good match, we had a plan and we stuck to it. We stayed focussed and it worked out.

“We’d done well in Indonesia, so we knew we could play our level, and we showed everybody today that this is our level. In Indonesia we beat the world No.3 and No.5 so I think we can beat everyone.”

The French trained with a few of the European pairs last week, and Delrue believes that made a difference to their preparations, enabling them to play at speed.

“Last week we played with the two Dutch pairs and Marcus Ellis and Lauren Smith and that was good because we haven’t played an international competition in 10 months.

“We are confident, but we need to be more consistent. We need to keep a high level one match after another.”