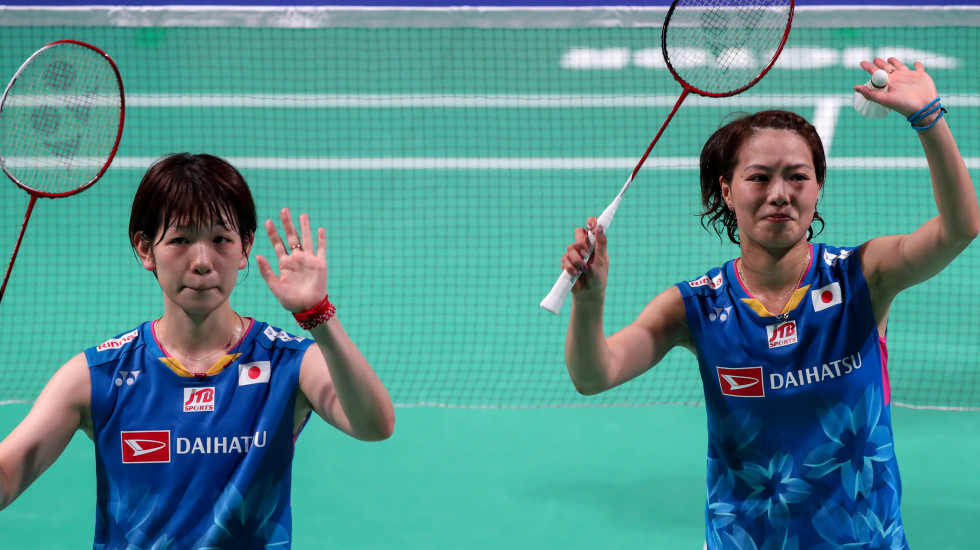 They won the last HSBC BWF World Tour event (YONEX All England Open 2020) before COVID-19 halted the season for seven months and now that Yuki Fukushima/Sayaka Hirota have aced the first tournament back, the Japanese duo “just want to go home, eat something delicious and celebrate”.

The top seeded women’s pair fought it out for glory at the Super 750 DANISA Denmark Open 2020 on Sunday and took victory over fellow Japanese Mayu Matsumoto and Wakana Nagahara with class and style. The 2018 champions won 21-10 16-21 21-18 at Odense Sports Park.

“We are so happy we could play this Super 750 event, it’s such a big tournament and when we get back, we want to eat something very delicious to celebrate,” said Hirota post-match.

The 11th meeting between the pairs saw Fukushima/Hirota hold off their world champion opponents with point precision as they fought constantly on the attack, sending shots down the line, backing Matsumoto to the edge of the court.

Having won their last four duels, Matsumoto is now eager to fix their gameplay and get back to winning ways against their compatriots.

“In the last game, we couldn’t do what we planned to, so we want to go back to Japan and practice a lot more,” she said.

The win was the first for Fukushima/Hirota in 21 months over Matsumoto/Nagahara since a 21-13 21-14 semifinal victory at the PERODUA Malaysia Masters 2019.

Fukushima revealed: “We’ve been losing many times (to them) so we agreed on enjoying the match. Our opponents were taller so we decided to focus on receiving and being patient. We expected long rallies against Japanese players so being patient was our main point.”