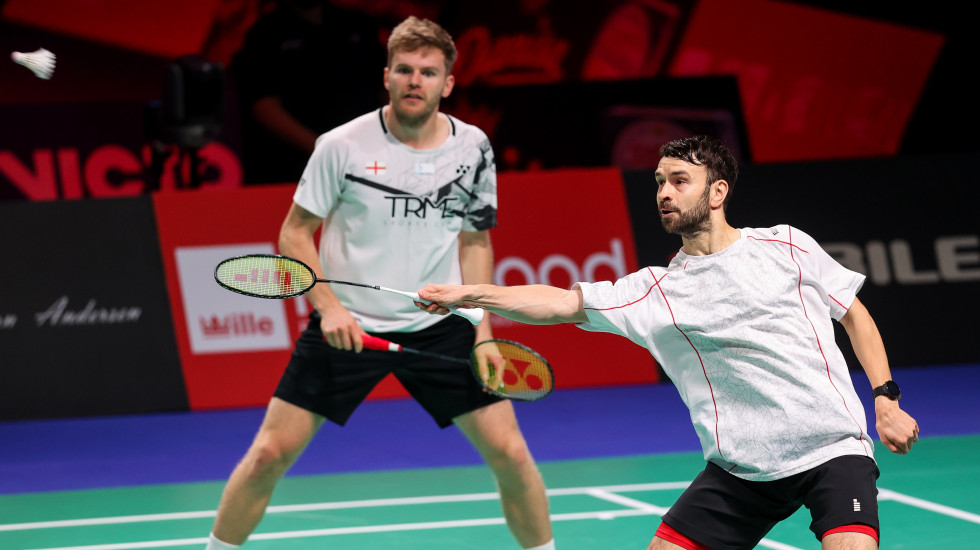 The England duo had their hands full facing the attack of Kjaer and the net interceptions of Eipe, but once they had plucked the first game, Kjaer was noticeably flagging from the effort. The Dane, who has had a right knee problem in recent months, couldn’t put the same pressure from the back and their experienced opponents were quick to pounce on the chances that came their way.

“We are the kind of pair who pepper away. We wanted to grind them down until they felt fatigued. This has been a different kind of tournament with all the players facing different lockdowns in their countries. For us we’re ‘old’ players and we just want to pepper down on the young players to get over the finish line,” said Langridge.

Christine Busch and Amalie Schulz raised visions of an upset before falling apart against All England champions Yuki Fukushima and Sayaka Hirota, 21-19 21-6.

All through the first game the young Danes – in their first semifinal of this level – were aggressive and had the Japanese in trouble. Schulz and Busch earned several outright smash winners, and with a 15-7 lead, looked headed for a sensational result.

Sayaka Hirota led the comeback with some cleverly placed shots catching the Danes off-position, and riding on that spell they won 14 of the next 16 points. There was a brief moment of despair for Japan after game point at 19-18 was ruled a ‘let’ by the umpire, but they kept their composure to win a long rally and then only got stronger in the second game.

“We were both surprised with how well it was going for us in the opening game. I think we hoped we could win some rallies but we did much better than we had hoped,” said Busch.

“Maybe we got satisfied with the first game and maybe we were attacking too much a little close to the lines and made some easy mistakes,” added her partner.