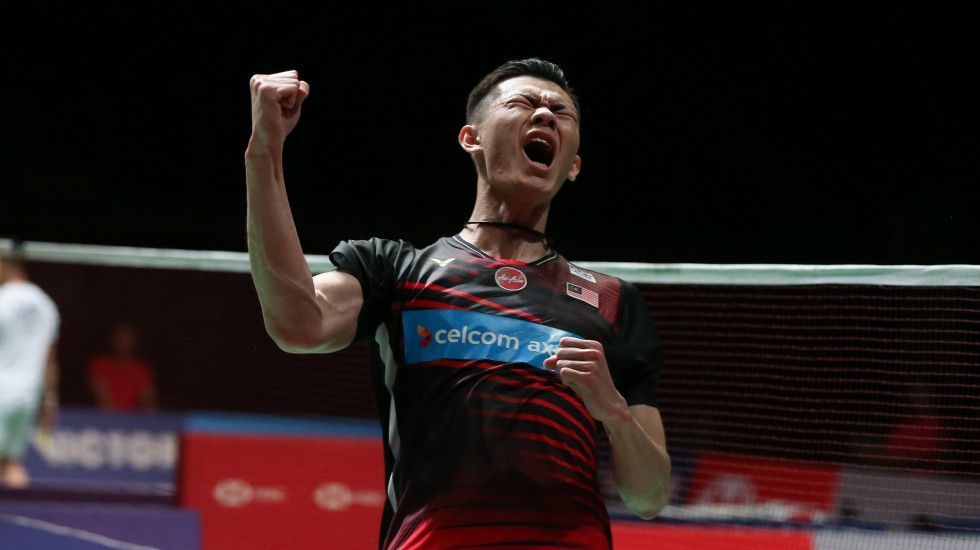 At 22, Lee Zii Jia is one of the faces of badminton’s young generation of elite shuttlers.

After promising – if somewhat inconsistent – performances last year, the Malaysian seemed to get his act together during the early season in 2020.

Victories over Anders Antonsen and Shi Yu Qi saw him make the semifinals of his home event, the Malaysia Masters; he led Malaysia into the final of the Badminton Asia Team Championships; then, at his debut All England, he came within a whisker of making the final.

His performances during that week in Birmingham, which included victories over Jonatan Christie and Chen Long, showed he is fast evolving into one of the world’s best. The tall, attacking Malaysian displayed traits essential to success in the big league – an ability to absorb pressure over long spells, which required patient, error-free play, great defence, and a sense of opportunism.

“It has been quite a fantastic year for him in terms of his rate of improvement,” said Malaysian chief coach Wong Choong Hann in an interview with Olympic Channel. “He is a quick learner, but he has big shoes to fill and expectations to perform consistently well, as his predecessor is Lee Chong Wei.

“Of course, there’s still so much for him to learn and we have to grow him in terms of understanding of the game and mentality, to be a mature player. He is someone who is daring to walk out of his comfort zone. I think that’s one very good quality. Once you dare to try something new and let it evolve and settle within you, that’s where you have a breakthrough, then another breakthrough – of course, marginal breakthroughs, but when you add it up, it will become an equation of one plus one is more than two.”

Lee’s progress has been quick. Ranked No.42 in January 2019, he broke into the top 15, and then into the top 10 the week after the All England. He credits his improvement to the time spent working on a more well-rounded game.

“I started to train under coach Hendrawan last August. He has yet to touch on areas such as skills and on court plays. Instead he has been sharing his many experiences as a player. His experience as a former world champion is invaluable, not something that many people have. He hasn’t had much time to work on my skills, because last year I was busy playing many competitions. I think I played over 20 tournaments last year. He wants me to be a more complete player. Thus far I’ve been seen as a one-dimensional player with only an attacking game. He told me that I must be competent in both attack and defence, in order to be a top-notch player.”

Those facets of his game were prominent in his quarterfinal and semifinal at the All England. They were finely-crafted performances, with precise shots, a willingness to slog it out even when his smashes were returned, and the heart to push the pace at the right moments. He very nearly had eventual champion Viktor Axelsen’s number in the semifinal, leading 19-18 in the third before a dramatic ending went the Dane’s way.

“He’s learning to cope. There are moments of ups and downs, in terms of the stability of his mentality. We try our best to assist him to neutralise these elements, so he can consistently perform with a strong, firm, positive mindset,” said Wong.

With the Olympics more than a year away, Lee will have the time to sharpen his skills and arrive in Tokyo as a more complete player. He will also be relatively free of pressure.

Lee has taken the advice of his illustrious predecessor – Lee Chong Wei – to heart.

“I went to look for him after he retired and he gave me a lot of advice, one of which was to always rely on myself. Coaches and the people around me can only help me 10 per cent to 20 per cent. I must rely on myself for the remaining 80 per cent. We are singles players, so we are alone on court. If you can’t handle the stress, fear and anxiety, then you’ll surely lose. The only solution is to overcome these problems on my own.”