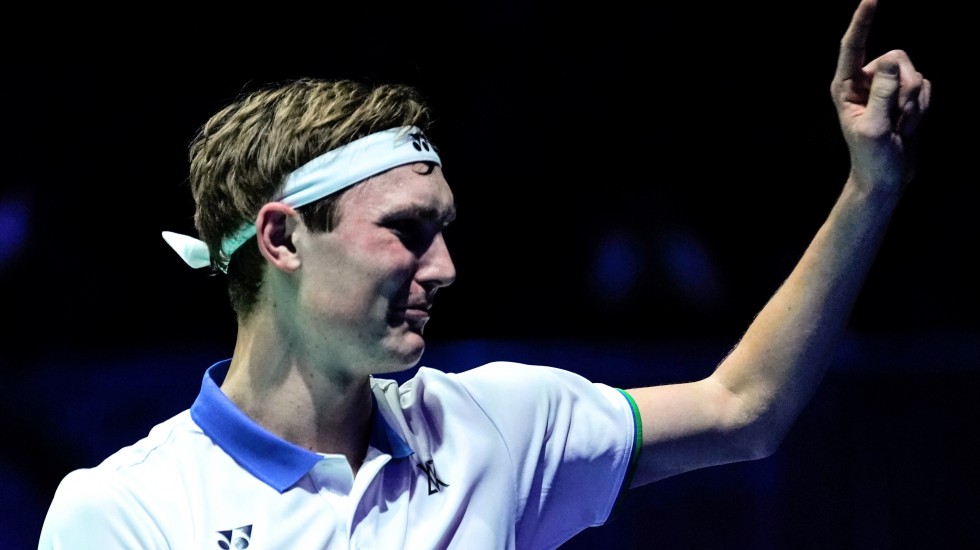 Axelsen proved too strong on every count for Chou Tien Chen in the final.

All England: Axelsen Lives His Dream

Just over two decades since a Dane last lifted the coveted men’s singles trophy at the YONEX All England, Viktor Axelsen earned that honour for himself, turning in an impeccable performance in the final today. 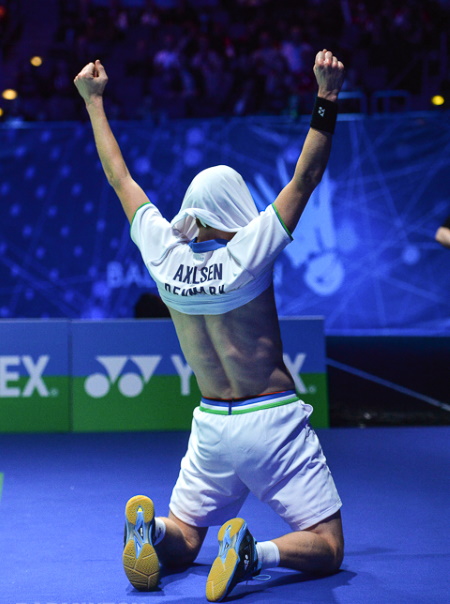 The second seed ticked every box as he overwhelmed top seed Chou Tien Chen 21-13 21-14 in 46 minutes. Axelsen thus became the first Dane since Peter Gade in 1999 to win the men’s singles title.

There was never any phase in the match when Axelsen did not look in control. The Dane’s attack from the back is usually potent, and Chou needed to get his length on the clears just right. The top seed however struggled with the drift and became vulnerable to Axelsen’s heavy artillery.

With Axelsen peppering Chou with smash winners, the top seed could do little to stanch the flow of points.

Chou’s own attack was negated with minimum fuss by the big Dane, who appeared always in balance and at times nonchalantly returned those smashes with added venom. There was only a brief spell in the second when Chou showcased his abilities. Playing with patience and working Axelsen around, he was able to stitch together a three-point sequence to get to 12-15.

Chou then narrowly missed the sideline after a well-crafted rally, and that was all Axelsen needed to push ahead.

“This is a dream coming true for me. To win this prestigious tournament in its 110th edition is a big dream and it’s so unreal right now. So I’m really happy. I played with great confidence in my game, and I controlled the drift well and I was calm in there,” said Axelsen.

“This is almost equal to the world title. Right now, when I think about winning the All England, it’s hard to explain, I’ve watched this tournament since I started playing badminton and it’s been one of my biggest goals and biggest dreams, so I’m just really proud of myself.”

Chou admitted he couldn’t find the game required to beat Axelsen on the day.